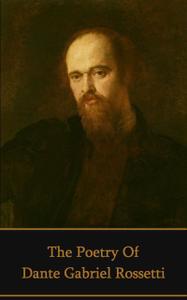 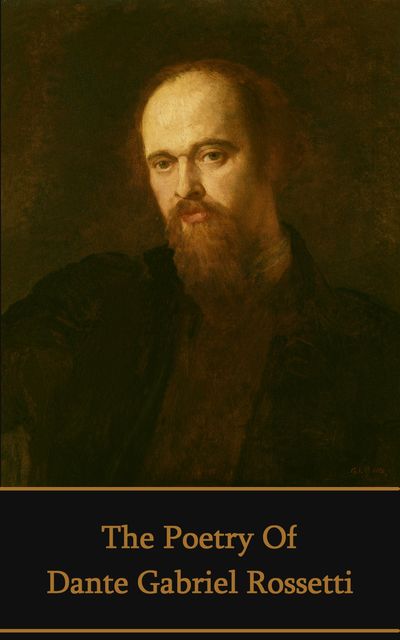 Dante Gabriel Rossetti – An IntroductionDante Gabriel Rossetti was born on 12th May 1828 in London, England.As a youth he was “self-possessed, articulate, passionate and charismatic” but also “ardent, poetic and feckless”. Like his siblings, including famed poet Christina Georgina Rossetti, he most wished to be a poet but had a keen eye as a painter, having shown a great interest in Medieval Italian art.Together with Williamn Holman Hunt and John Everett Millais they developed and founded the Pre-Raphaelite Brotherhood.Their mission? To reform English art and return to the detail, intense colours, and complex compositions of Quattrocento Italian and Flemish art.The brotherhood's magazine, The Germ, was first published in 1850 with Rossetti contributing a poem, “The Blessed Damozel”, and a story about a fictional Italian artist inspired by a vision of a woman who bids him combine the human and the divine in his art.Rossetti first met his future wife, Elizabeth Siddal, a model, in 1849, who was latter sitting for him and involved in an intense relationship.By 1852 they withdrew from society, totally absorbed in each other. The lovers nicknamed each other; “Guggums” and “Dove”.In 1861, Rossetti together with William Morris became a founding partner in the decorative arts firm, Morris, Marshall, Faulkner &amp; Co. Rossetti contributed designs for stained glass and other decorative objects.Meanwhile his marriage to Lizzie was troubled. The terrible hurt of Rossetti’s affairs with other women had caused her stress leading to depression and other illnesses. She now began to take and become addicted to laudanum.In 1861, Lizzie became pregnant but the resultant birth was a stillborn daughter. Lizzie’s post-partum depression was followed by an overdose of laudanum the following year.Rossetti was devastated and, at her funeral in Highgate Cemetery, he buried the bulk of his unpublished poems with her body.Poetry and painting are closely entwined in Rossetti's work. He frequently wrote sonnets to accompany his pictures, while also creating art to illustrate poems such as “Goblin Market” by his sister.His personal life was closely woven into his work, especially his relationships with his models and muses. William Morris’s wife, Jane, regularly sat for him during the next few years, and it was said she “consumed and obsessed him in paint, poetry, and life”.During these years, Rossetti was prevailed upon by friends to exhume his poems from his wife's grave which he eventually did, collating and publishing them in 1870.Their eroticism and sensuality caused much offence. One, “Nuptial Sleep”, described a couple falling asleep after sex. It was part the sonnet sequence The House of Life, a complex series tracing the physical and spiritual development of an intimate relationship.Rossetti beautifully described the sonnet form as a “moment's monument”. And these were his crowning literary achievement.Toward the end of his life, he sank into a morbid state, shadowed by addiction to chloral hydrate and increasing mental instability. He spent his last years as a recluse at Cheyne Walk in Chelsea, London and died on Easter Sunday on 9th April, 1882.