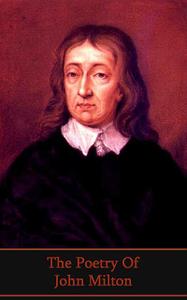 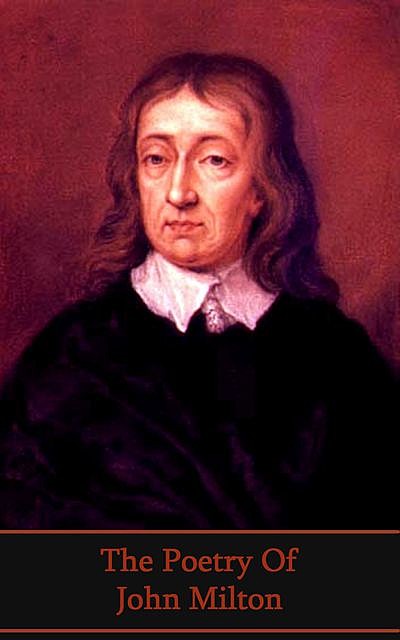 John Milton was born in Bread Street, London, on 9th December, 1608. His early years were privately tutored before gaining a place at St Paul’s School. He matriculated at Christ's College, Cambridge, earning a BA in 1629 and an MA in 1632. At Cambridge he had developed a reputation for poetic skill but also experienced alienation from his peers and university life as a whole.
The next 6 years were spent in private study. He read both ancient and modern works of theology, philosophy, history, politics, literature and science, in preparation for his career as a poet. Milton mastered Latin, Greek, Hebrew, French, Spanish, and Italian. To these he would add Old English (whilst researching his History of Britain) and also acquired more than a passing acquaintance in Dutch.
Although he was studying, some of his poetry from this time is remarkable; L’Allegro and Il Penseroso in 1631 and Lycidias in 1638.
That same year in May Milton embarked upon a 15 month tour of France and Italy. These travels added a new and direct experience of artistic and religious traditions, especially Roman Catholicism. He cut the journey short to return home during the summer of 1639 because of what he claimed were “sad tidings of civil war in England.”
Once home, Milton wrote prose tracts against episcopacy, in the service of the Puritan and Parliamentary cause.
He married 16-year-old Mary Powell in June 1643 but she left him after only a few months during which he wrote and published several writings on divorce. Mary did return after 3 years and their life thereafter seemed harmonious. Milton received a hostile response to the divorce tracts and drove him to write Areopagitica, his celebrated attack on pre-printing censorship.
With the parliamentary victory in the Civil War, Milton wrote The Tenure of Kings and Magistrates (1649) which defended popular government and implicitly sanctioned the regicide which led to his appointment as Secretary for Foreign Tongues by the Council of State.
On 24th February 1652 Milton published his Latin defense of the English People, Defensio Pro Populo Anglicano, also known as the First Defense. Milton's Latin prose and intellectual sweep, quickly gained him a European reputation.
Tragically his wife, Mary, died on 5th May, 1652 following the birth of their fourth child. The following year Milton had become totally blind, probably due to glaucoma. He then had to dictate his verse and prose to helpers, one of whom was the poet Andrew Marvell.
He married again to Katherine Woodcock, but she died in February 1658, less than four months after giving birth to a daughter, who also tragically died.
Though Cromwell’s death in 1658 caused the English Republic to collapse Milton stubbornly clung to his beliefs and in 1659 he published A Treatise of Civil Power, attacking the concept of a state-dominated church. Upon the Restoration in May 1660, Milton went into hiding for his life. An arrest warrant was issued and his writings burnt. He re-emerged after a general pardon was issued, but was nevertheless arrested and briefly imprisoned before influential friends, such as Marvell, now an MP, intervened.
His third marriage was to Elizabeth Mynshull. Despite a 31-year age gap, the marriage seemed happy and Milton spent the remaining decade of his life living quietly in London, apart from a short spell in Chalfont St. Giles, during the Great Plague of London.
Milton was to now publish his greatest works, which had been gestating for many years. Paradise Lost, perhaps the classic English Epic poem was originally published in 10 books in 1667. This was followed by Paradise Regained and Samson Agonistes in 1671. Because of his anti-monarchy views their reception was muted but over the centuries since Milton has established himself as second only to Shakespeare.
He died of kidney failure on 8th November, 1674 and was buried in the church of St Giles Cripplegate.