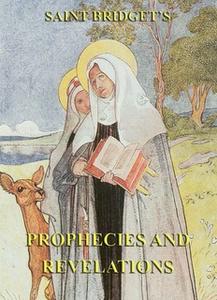 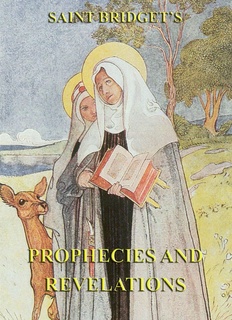 Bridget of Sweden (1303 to 1373); also Birgitta of Vadstena, Saint Birgitta, was a mystic and saint, and founder of the Bridgettines after the death of her husband of twenty years. She was also the mother of Catherine of Vadstena.

As a child, she had already believed herself to have visions; these became more frequent, and her records of these "Celestial revelations" which were translated into Latin by Matthias, canon of Linköping, and by her confessor, Peter, prior of Alvastra, obtained a great vogue during the Middle Ages. Her visions of the Nativity of Jesus had a great influence on depictions of the Nativity of Jesus in art. Shortly before her death, she described a vision which included the infant Jesus as lying on the ground, and emitting light himself, and describes the Virgin as blond-haired; many depictions followed this and reduced other light sources in the scene to emphasize this effect, and the Nativity remained very commonly treated with chiaroscuro through to the Baroque. Other details often seen such as a single candle "attached to the wall," and the presence of God the Father above, also come from Bridget's vision.

This edition contains all that is known today of the visions and prophecies of Saint Bridget and most of her prayers.