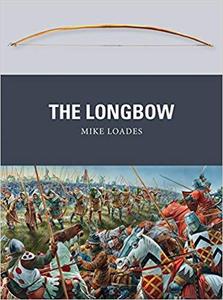 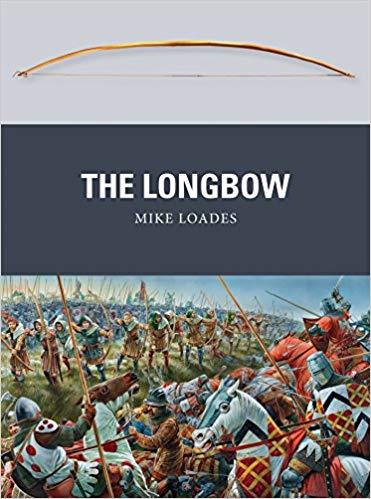 The Longbow (Weapon) by Mike Loades
ISBN: 1782000852 | 80 pages | PDF | September 17, 2013 | English | 3.27 Mb
Boasting a rate of shooting not seen again in English hands until the late 19th century, the longbow was the weapon at the heart of the English military ascendancy in the century after 1340. Capable of subjecting the enemy to a hail of deadly projectiles, the longbow in the hands of massed archers made possible the extraordinary victories enjoyed by English forces over superior numbers at Crécy and Poitiers, and remained an important battlefield weapon throughout the Wars of the Roses and beyond; it also played a leading role in raiding, siege and naval warfare. Its influence and use spread to the armies of Burgundy, Scotland and other powers, and its reputation as a cost-effective and easily produced weapon led to calls for its widespread adoption in the nascent armies of the American Republic as late as the 1770s.
Wielded by Englishmen, Welshmen and others, the longbow fulfilled the requirements of all infantry missile weapons throughout history - it was a well-made weapon suitable for production in quantity that projected a man-stopping missile over a suitable distance at a sustainable, relatively rapid rate of shooting. The longbow was a ''self-bow'' - that is to say, it was made from one piece of wood, normally yew, with the ''belly'' of the bow being ''heartwood'' and a thinner layer of ''sapwood'' being the ''back'' of the bow. Its arrows were normally made of aspen, a light and strong wood - although ash and other woods were also used - with a variety of metal heads available, depending on the intended use. A sophisticated piece of ammunition requiring many resources and skill to manufacture, the longbow arrow could penetrate plate armour if the conditions were right; this study argues, however, that the ''blunt trauma'' inflicted on the target, however well armoured, resulted in debilitating injuries and was far more significant on the field of battle.
Featuring specially commissioned full-colour artwork and informed by the latest research into this intriguing weapon, this lively study debunks lingering myths and casts new light on the battle-winning longbow, the lethal missile weapon that enabled English victories against the odds in a series of famous battles of the 14th and 15th centuries.