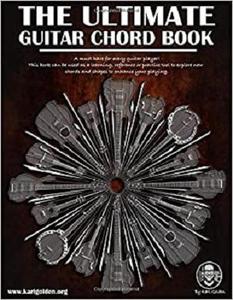 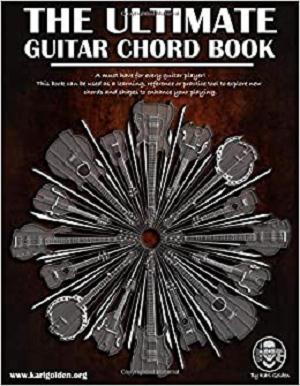 The Ultimate Guitar Chord Book (The Ultimate Guitar Series) by Karl Golden
English | April 11, 2020 | ISBN: N/A | ASIN: B086Y6M7XJ | 86 pages | PDF | 33 Mb
A Must Have For Every Guitar Player!
This book can be used as a learning, reference or practice tool to explore new chords and shapes to enhance your playing.
Starting from the most basic triad chords to the more advanced extended chords such as ninths, elevenths and thirteenths, this book uses the CAGED system to help you play all the possible shapes over the fretboard. All the shapes in this book are movable to any key you desire. There are over 240 chord shapes that can be moved to any of the 12 keys creating over 2880 possibilities! For each of the chord types there are five different shapes connecting up the fretboard that you can learn and experiment with- but you don’t need to understand music theory to use this book!
Put together by musician Karl Golden, who has been playing guitar professionally for over 10 years and is now a big influencer in the YouTuber community, with well over 50 million views on his content.
Over 240 Chord Shapes
This book contains over 240 useful chord shapes and that's just for one key! Moving these shapes to all twelve keys creates over 2800 chords! Using the CAGED system every chord family has five recommended shapes that connect accross the whole fetboard.

Write Your Own Chord Progressions

This book shows you how to experiment with your own chord progressions. With the method in this book you can write songs using every possible chord combination. You don't need to understand music theory to apply this method!
Exercises And Scale Recommendations

There are exercises to help you remember chords and with every chord family there is scale recommendations that will work well improvising over that particular chord.
Over 30 Types Of Chords
My Blog!