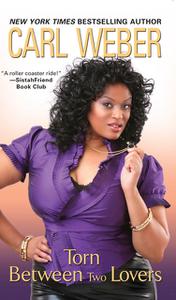 “Delves into the romantic conflicts of these Richmond Virginians with a robust relish and soap-opera intense insights.” —Publishers WeeklyOne of Richmond, Virginia's, hottest, most successful women, plus-sized diva Loraine Farrow finally wants to settle down with her husband, Leon, and focus on her marriage. Trouble is, her ex-lover, Michael, isn't about to let her go so easily.But things aren't so simple with Leon either. Painful issues from his childhood are starting to surface in the bedroom. Leon's seeing a therapist, but what he's uncovering could destroy their marriage for good—unless Michael does it first.As Loraine deals with her relationship drama, her best friend, Jerome, is left alone to deal with Peter, a stalker who will stop at nothing to destroy him. Now, four indomitable people torn between love and lust, secrets and lies, will have some momentous decisions to make.«Weber fills his books with lifelike characters—flawed, confused, frustrated, and sometimes plus-sized.” —Booklist