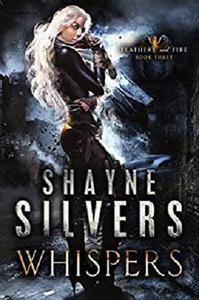 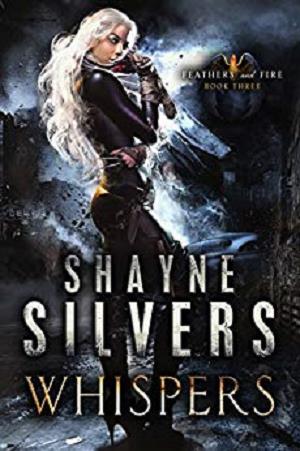 Whispers: Feathers and Fire Book 3 by Shayne Silvers
English | January 11, 2018 | ISBN: 1947709089 | 314 pages | AZW3 | 0.62 MB
<h2>SILVERS HAS SOLD OVER 500,000 BOOKS, AND IS A DRAGON AWARD NOMINATED AUTHOR</h2>
<h2>The Vatican is broken… And Callie’s hearing Whispers in the dark corners of her mind…</h2>
One of the Vatican’s most infamous Shepherds has been murdered, and Callie’s friends are the prime suspects. To prove them innocent, Roland and Callie must risk their very souls…
Because Callie can’t reveal that she’s hearing strange Whispers when she uses her magic, or that she’s harboring an Angel’s Grace. And if the Shepherds discover the hellish bargain Roland made, the streets of Rome will flow with blood as brother turns against brother.
And with the Antipope pressuring the Vatican for change, and Nate Temple arriving unannounced to demand an audience with the Shepherds, things couldn’t get any more chaotic.
Until Callie learns of an ancient order of traitors hiding in the Vatican, and they’ll do anything to bring it down – brick by brick.
The only way to find the traitor, keep her secrets, and save those she loves is to raise her blade against these Holy warriors of God, shattering the Vatican itself.
And the Whispers in her head find all of this so terribly… amusing.
If you like Patricia Briggs, Ilona Andrews, Linsey Hall, K.F. Breene or Shannon Mayer, you will LOVE the THIRD installment of the Feathers and Fire series.<h3>Click or tap BUY NOW to jump into this high-octane world TODAY!</h3><h3>INTERVIEW WITH THE AUTHOR:</h3>Q: So, what makes your writing so special?
A: I wanted to write stories that mirrored the books I liked to read in my childhood. My top picks were usually urban fantasy, paranormal best sellers, and of course, books featuring your classic gritty, pulp-fiction heroes. Basically, anything with a lot of creepy crawly supernatural characters: mythical creatures, ancient heroes, super villains, and gods. You will find that my stories focus on the ancient myths, characters, and stories we all know, fear, and love. Then twist them up and toss them back like an empty beer can.

Q: What other books do you write?
A: I also write the Amazon Bestselling Nate Temple Series that crosses over (if you're into that) with the Feathers and Fire Series.

Q: So, why should readers give your books a try?
A: Because my writing is a present day thrill-ride that takes no prisoners. Dragons, Angels, Demons, Greek Legends, Wizards, werewolves, and a whole slew of other supernatural ‘Freaks’ abound in my stories. My books have hit the #1 bestsellers list on Kindle for Science Fiction and Fantasy dozens of times. The plots twist and turn until the last page, and my twisted sense of humor will have you laughing out loud at things you really shouldn’t be laughing at.Feathers and Fire Series eBook categories:<h2><u>Scroll up and tap or click BUY NOW to jump face-first into this wild ride with demons, angels, shifters, and vampires TODAY!!</u></h2>