Ancient China and its Enemies : The Rise of Nomadic Power in East Asian History

Posted By: darchu
This comprehensive history of the northern frontier of China through the first millennium B.C. details the formation of two increasingly distinct cultural areas: the sedentary Chinese and the northern nomads. Nicola Di Cosmo explores the tensions existing between these two worlds as they became progressively more polarized, with the eventual creation of the nomadic Hsiung-nu empire in the north, and of the Chinese empire in the south. Di Cosmo investigates the origins of the antagonism between early China and its "barbarian" neighbors. 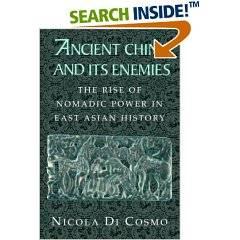 Ancient China and its Enemies : The Rise of Nomadic Power in East Asian History 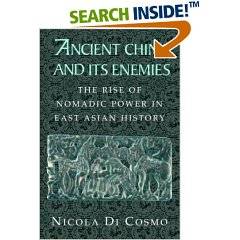