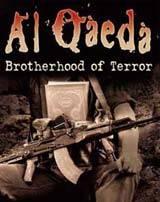 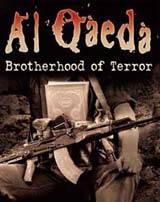 Anonymous - Al Qaeda: Training Manual
PDF | 160 pages | No ISBN | English | 10 Mb
Without doubt a polemic book, but at the same time an interesting document what is necessary to kown

al-Qaeda or al-Qaida (القاعدة, translit: al-Qā`ida; "the Law", "the foundation", or "the base") is an armed Sunni Islamist organization with the stated objective of eliminating foreign influence in Muslim countries, eradicating those they deem to be "infidels", and reestablishing the caliphate. The most prominent members of the group are adherents of Wahhabism or Salafism, two understandings of Islam which have influenced militant groups. While Osama bin Laden is generally recognized as the group's leader, the Egyptian Ayman al-Zawahiri has also had a main influence on the groups theory and practice. The group's operations are not centralized, and many independent and collaborative cells may exist in multiple countries linked by a common cause.

al-Qaeda has committed multiple acts of terrorism and is known for planning and executing the September 11, 2001 attacks on New York's World Trade Center and The Pentagon. In response, the United States government launched a series of legal, financial and military operations against the al-Qaeda organization, similar radical Islamist groups and anyone that harbored or supported them, dubbed the War on Terrorism. Due to its actions, the group is officially designated as a terrorist organization by the United States,[1] the United Kingdom,[2] Canada,[3] Australia,[4] Saudi Arabia, NATO,[5] and the United Nations.[6]