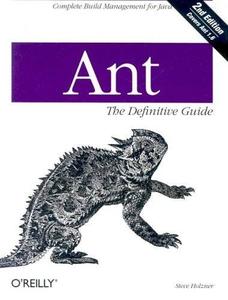 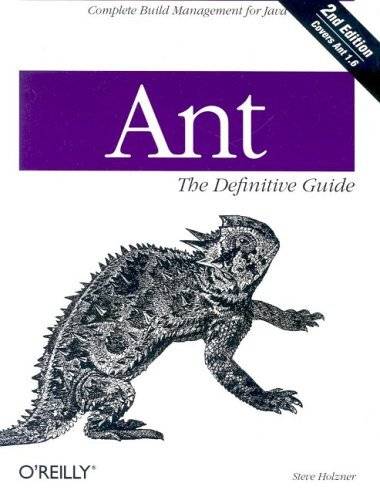 As the most widely used tool for cross-platform development, Ant has undergone a number of important changes in its functionality and use since its launch. Ant: The Definitive Guide, 2nd Edition has been reworked to reflect these changes for Java developers everywhere. Topics covered include everything from downloading and installing, to using Ant to build Web applications, to using Ant to test code.
Full Description
Soon after its launch, Ant succeeded in taking the Java world by storm, becoming the most widely used tool for building applications in Java environments. Like most popular technologies, Ant quickly went through a series of early revision cycles. With each new version, more functionality was added, and more complexity was introduced. Ant evolved from a simple-to-learn build tool into a full-fledged testing and deployment environment.
Ant: The Definitive Guide has been reworked, revised and expanded upon to reflect this evolution. It documents the new ways that Ant is being applied, as well as the array of optional tasks that Ant supports. In fact, this new second edition covers everything about this extraordinary build management tool from downloading and installing, to using Ant to test code. Here are just of a few of the features you'll find detailed in this comprehensive, must-have guide:Far exceeding its predecessor in terms of information and detail, Ant: The Definitive Guide, 2nd Edition is a must-have for Java developers unfamiliar with the latest advancements in Ant technology. With this book at your side, you'll soon be up to speed on the premiere tool for cross-platform development.
Author Steve Holzner is an award-winning author who s been writing about Java topics since the language first appeared; his books have sold more than 1.5 million copies worldwide.