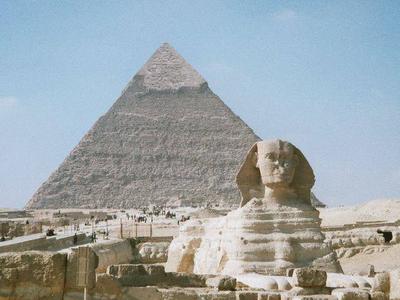 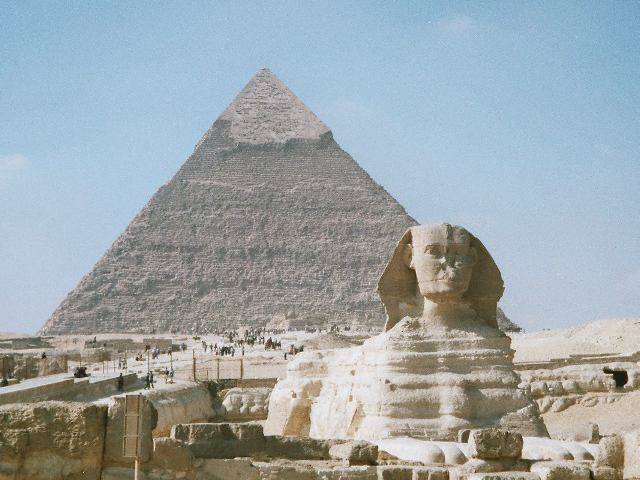 
Brian M. Fagan is Professor of Anthropology at the University of California at Santa Barbara, where he has taught since 1967. Born in England, Dr. Fagan earned his B.A., M.A., and Ph.D. in archaeology and anthropology from Pembroke College, Cambridge.

Professor Fagan’s excavations in Northern Rhodesia (now Zambia) from 1959-1965 earned him recognition as a pioneer of multidisciplinary African history. He has served as Director of the Bantu Studies Project of the British Institute for Eastern Africa, Visiting Associate Professor at the University of Illinois at Urbana, and Visiting Professor at Whittier College and the University of Cape Town, South Africa.

Dr. Fagan’s many books include People of the Earth and In the Beginning, two widely used university and college textbooks in archaeology and prehistory. His other works include The Rape of the Nile, The Adventure of Archaeology, and The Little Ice Age. He also edited The Oxford Companion to Archaeology…

The biblical city of Nineveh. The Maya cities of Uxmal and Chichén Itzá. The site of Homeric Troy. King Tut's tomb. At the time of their discovery, these archaeological finds astonished the world.

And their discoverers, individuals including Austen Henry Layard, John Lloyd Stephens, Heinrich Schliemann, and Howard Carter, were archaeologists whose lives and travels were nearly as remarkable as the discoveries themselves.

Professor Brian M. Fagan takes you on your own exploration—a journey into the stories of archaeology's major historical figures and the ways they made their astonishing finds. It is a fascinating account: part Hollywood action-adventure movie, part history and science.
On one hand, our understanding of pre-industrial societies results from efforts of adventuresome but sometimes unethical and even violent men, tomb robbing, and crude excavation methods that destroyed incalculable amounts of evidence.
On the other hand, it is the product of admirable and constant dedication, the painstaking improvement of science and technique, and the steady and successful accumulation of pieces to the ongoing puzzle of who we are.

Part I of this series, "Adventurers and Archaeologists," focuses on dramatic and sensational discoverers of the 19th century, a rough-and-tumble era of archaeology surprisingly reminiscent of the film, Raiders of the Lost Ark.

Archaeologists of this period tended not to be academicians or scientists. Mostly they were diplomats, members of the military, engineers, travelers, or businessmen.

But they were exceptional in a variety of invaluable field skills such as languages, administration, and interpersonal communication.

And they had a passion, an obsession, for making new finds.

In these lectures, you will encounter such redoubtable personalities as:
Giovanni Belzoni: Egyptian Tomb Robber. A former circus strongman known as "The Patagonian Samson," Belzoni's knowledge of gunpowder, hydraulics, and levers enabled him to transport statues and other large artifacts. On collecting trips, he could influence local inhabitants either through conversation or, if necessary, by simply picking them up and shaking them. Most of the artifacts in the Egyptian Room of the British Museum are there through Belzoni's efforts.
Sir Austen Henry Layard: Old Testament Archaeologist. An English adventurer working almost singlehandedly, Layard excavated and identified the biblical city of Nineveh, and the Royal Library and Archives of the Assyrian King Assurbanipal. Layard made sensational finds, became a best-selling author and popular hero, then grew tired and left archaeology—all by the age of 35.
Heinrich Schliemann: Homeric Adventurer. Born to poverty, Schliemann was a self-made millionaire who was obsessed with proving that Homer's Iliad and Odyssey had a historical basis. Schliemann employed brutal excavation methods that severely damaged his sites, and made outrageous claims about his finds. Nevertheless, he was able to identify Homeric Troy and uncover Mycenaean civilization.
John Lloyd Stephens: Travel Adventure Writer. Encouraged by the success of his travel books, Stephens journeyed to Central America with artist Frederick Catherwood, where they investigated major Maya cities and concluded that Maya civilization was of indigenous origin. Stephens's two Incidents of Travel books became bestsellers and are still in print.

Professor Fagan underscores the adventuresome nature of these early archaeologists with a variety of anecdotes.
Howard Carter, who discovered Tutankhamen's tomb in 1922, referred to Belzoni's time as "the great days of Egyptology, when, if you didn't like one of your opponents, you went for him with a gun."
George Smith, returning from an expedition to collect cuneiform tablets, died while crossing the Syrian Desert. The last entry in his diary was, "The tablets are in the bottom of my leather boot."
Deciphering Egyptian hieroglyphs was largely the work of one man: Jean François Champollion. It is said that in 1822, when Champollion realized he had succeeded, he ran out of his apartment shouting, "I've got it," and promptly fainted. In 1828, Champollion traveled up the Nile and became one of the first scholars able to read inscriptions on temple and tomb walls.

Despite its accomplishments, 19th-century archaeology was characterized by primitive excavation methods and widespread looting.

A major theme of Part II, "Science and Civilization," is the gradual improvement in research techniques, and in the ethical treatment of ruins and artifacts, that enabled archaeology to become a true professional discipline.
In 1842 King Wilhelm IV of Prussia sponsored an expedition to Egypt led by Karl Lepsius. Carefully collecting and recording over 15,000 artifacts, members of this expedition set a new standard of archaeological reportage and scientific investigation.

These developments culminated with the discovery of the tomb of Egyptian Pharaoh Tutankhamun. Beginning in 1922, this work was carried out under very primitive working conditions with minimal technology. However, Egyptologists from around the world participated in the recovery effort in an unprecedented show of cooperation. Afterward, archaeology's emphasis on making spectacular finds gave way to slower, more deliberate research aimed at understanding the dynamics of early civilizations.

Dr. Fagan details other events including the:
decipherment of Maya glyphs, one of the greatest scientific achievements of the 20th century
discovery in China of the terracotta soldiers found in the burial mound of the Emperor Shi Huangdi
discovery of other early societies including the Hittites of what is now Turkey, the Inka of the Peruvian Andes, the Nubia of Egypt, and the Harappan of present-day Pakistan.
Archaeology Today: A Mature Science

Archaeology as we know it dates from about 1940. In just over 60 years, the field has become a fully mature science, one whose practitioners work closely with experts in humanities, social sciences, and physical sciences.

No longer can you "just go out and dig," Professor Fagan explains. "Instead, you select a problem, and apply to it such things as knowledge of architecture, agriculture, information from food supplies, etc. As an archaeologist, you're just one part of a complicated, historical jigsaw."
About Your Teacher

Professor Fagan was born and educated in Britain and speaks with a British accent. He earned recognition as a pioneer of multidisciplinary African history through excavations in Northern Rhodesia (now Zambia) from 1959-1965.

He was a Guggenheim Fellow in 1973, edited The Oxford Companion to Archaeology, and has written several books.

"Professor Fagan creates entertaining and unique lectures on the history of archaeology. The combination of knowing interesting details of his subject, having a passionate interest in humanity's past, and being skilled at forming spontaneous thoughts into near poetry rates this course a gold statue for best performance and script in the classroom,'" states AudioFile® magazine.