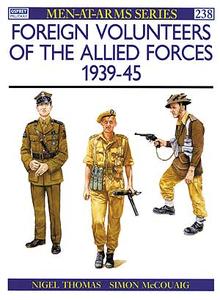 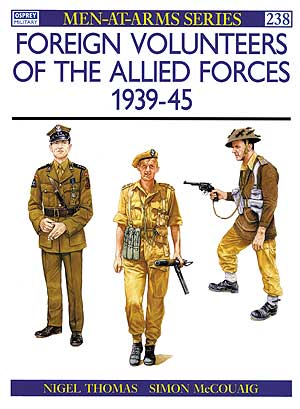 In a period of just over two years, from 15 March 1939 to 30 April 1941, ten countries were defeated in campaigns in which Nazi Germany deployed revolutionary techniques of mobile warfare. The breakneck speed of German victories allowed some defeated troops to escape to friendly countries, where their political leaders established governments-in-exile and formed them into military units to continue the struggle. The hard-pressed Western Allies welcomed this well-motivated manpower with open arms. Nigel Thomas investigates the foreign volunteers of the Western Allies in a fascinating text backed by contemporary photographs and eight full page colour plates by Simon McCouaig.