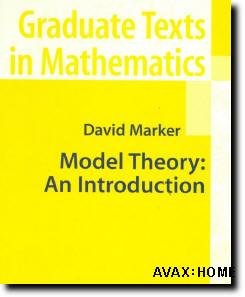 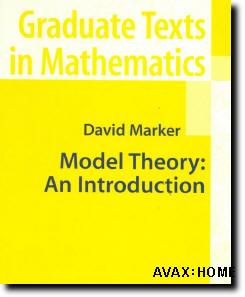 David Marker, "Model Theory: An Introduction"
Springer | ISBN 0387987606 | 2002 Year | DJvu | 21,85 Mb | 360 Pages
This book is a modern introduction to model theory which stresses applications to algebra throughout the text. The first half of the book includes classical material on model construction techniques, type spaces, prime models, saturated models, countable models, and indiscernibles and their applications. The author also includes an introduction to stability theory beginning with Morley's Categoricity Theorem and concentrating on omega-stable theories. One significant aspect of this text is the inclusion of chapters on important topics not covered in other introductory texts, such as omega-stable groups and the geometry of strongly minimal sets. The author then goes on to illustrate how these ingredients are used in Hrushovski's applications to diophantine geometry. David Marker is Professor of Mathematics at the University of Illinois at Chicago. His main area of research involves mathematical logic and model theory, and their applications to algebra and geometry. This book was developed from a series of lectures given by the author at the Mathematical Sciences Research Institute in 1998.