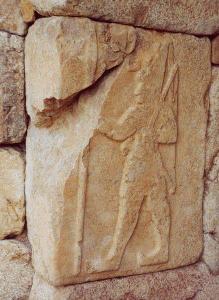 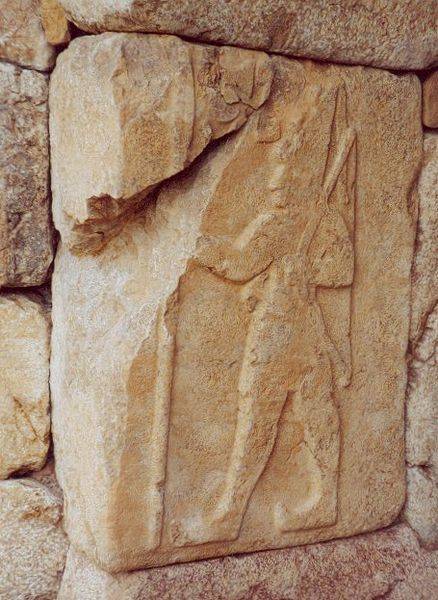 
Kenneth W. Harl is Professor of Classical and Byzantine History at Tulane University in New Orleans, where he has been teaching since 1978. He earned his Bachelor’s degree from Trinity College and went on to earn his Master’s and Ph.D. from Yale University.

Dr. Harl specializes in the Mediterranean civilizations of Greece, Rome, Egypt, and Byzantium. He has published numerous articles and is the author of Civic Coins and Civic Politics in the Roman East, A.D. 180-275 and Coinage in the Roman Economy, 300 B.C. to A.D. 700. He is also a veteran field researcher who has served since 1999 on the Editorial Board of the American Journal of Archaeology.

Professor Harl’s skill and dedication as an instructor are attested by the many teaching honors he has won. He has earned Tulane’s annual Student Award for Excellence in Teaching eight times. He is also the recipient of Baylor University’s nationwide Robert Foster Cherry Award for Great Teachers.

Perhaps no other region of the world has played so many different roles in culture, religion, and politics, for so long a period of time, as the peninsula of Asian Turkey, known to the Greeks as Anatolia and to the Romans as Asia Minor. Though today we call it Turkey, that name dates back only to the Middle Ages.

From 7000 B.C., when Neolithic hunters began the transition to a pastoral and agricultural lifestyle, to the founding of modern Turkey in the 20th century, this varied geographical area about the size of Texas has been a crossroads of history.

Homer composed the Iliad and Odyssey on the shores of Asia Minor. All seven of the great ecumenical councils that defined Christian theology in the centuries after the conversion of Constantine took place within the boundaries of modern Turkey. To study the region is to study a land that has nurtured successive civilizations that have defined the Western and Muslim traditions that embrace so many of the modern world’s inhabitants.

Professor Kenneth W. Harl bases these lectures on both a lifetime of academic study and decades of his own firsthand fieldwork at sites throughout Turkey. He is Professor of History at Tulane University, where he has taught since 1978, after receiving his Ph.D. in History from Yale University. At Tulane, he has received the annual Student Award for Excellence in Teaching eight times. In Fall 2001, he was the national winner of the Robert Foster Cherry Award for Great Teachers.

The history of the region includes these milestones:
the rise of the Hittites, a chariot-borne warrior people who struck out from their Anatolian heartland to overrun the Babylonian Empire and fight the armies of Egypt’s Ramses II to a standstill
the Trojan War, a legend created from historical events of the late Bronze Age, when Achaean merchant princes and adventurers clashed swords with Hittite emperors in Asia Minor
the birth of Western philosophy in the search for a rational account of all things by thinkers such as Thales, Anaximander, and Heraclitus—all Greek-speaking sages from what is now the Aegean coast of Turkey
the fiery revolt of the Ionian Greek cities that led to the Persian Wars (499-479 B.C.) and the rise of Periclean Athens as both the world’s first democracy and the leader of a maritime empire wealthy enough to build the Parthenon
the great early victories of Alexander the Great that paved the way for the period of brilliant cultural and spiritual creativity we call the Hellenistic Age
the spread of early Christianity under the guidance of St. Paul, a native of Tarsus on the southern coast of Asia Minor
the golden age of the Byzantine Empire, which preserved the Greek classics and repeatedly saved Europe from nomadic invasion
the Muslim transformation of Asia Minor culminating in the Ottoman Empire, which at its height in the 16th century threatened to take over Europe itself.

Cultural change and continuity, says Professor Harl, are the main themes of this course. Each successive civilization inherited and modified the political, social, religious, and economic institutions of its predecessor.

The scope of Anatolian history can be best understood as a series of transformations in the religious landscape of the peninsula. Anatolia has experienced a number of major cultural and religious rewrites: first by the Hittite emperors; then by the elites of Hellenic cities; next by their Hellenized descendants in the Roman age; then by Christian emperors and bishops in the Byzantine age; and, finally, by Turkish rulers and Muslim mystics.

The final chapter, the transformation of Muslim Turkey into a modern secular nation-state, is still in progress. In looking at cultural changes, certain archaeological sites and important monuments will be featured as examples of wider changes.

The course can be divided into five cultural components:

The first lectures deal with the earliest civilizations of Anatolia, emerging at the dawn of agriculture in Neolithic villages on the Konya plain (in central Turkey); through the Hittite Empire, the apex of civilization in the late Bronze Age (1400–1180 B.C.); to the emergence of Phrygia, Lydia, and Persia, heirs to the Hittite traditions in the early Iron Age (1100–500 B.C.).

The shores of western Anatolia came under the influence of the earliest Greeks, the Achaeans or Mycenaeans, during the late Bronze Age. Although this contact inspired the epic poems of Homer, it was only from 750 B.C. that Hellenic influence spread into the peninsula. Alexander the Great (336–323 B.C.) conquered Anatolia, and his successors transformed the region into a center of Greek cities that played a major role in the civilization of the Hellenistic Age (323–31 B.C.).

The Romans built on the Hellenistic cities and institutions, and Anatolia was transformed into one of the most prosperous regions of the Roman world and homeland of the future Byzantine Empire. The Hellenic cities of Anatolia not only adapted Roman institutions and culture but also influenced the Roman monarchy, known as the Principate.

Imperial crisis in 235–305, and Christianization after 324, produced a new Byzantine civilization on Anatolian soil by 600, the basis of Orthodox Eastern Europe today. The Byzantine Empire, reduced to its Anatolian core, weathered two and one-half centuries of invasions and emerged as the leading civilization of medieval Christendom in the 10th and 11th centuries.

The Anatolian peninsula was transformed from a Christian to a Muslim land in the wake of Byzantine decline and the arrival of crusaders from Western Europe. Ottoman sultans then built the last great Muslim empire in the Middle East and Mediterranean world, an empire that fragmented in the 20th century into a series of nation-states. In 1922-1939, Anatolia became the core of the Turkish Republic, a Muslim society that has successfully met the challenges of modernization.