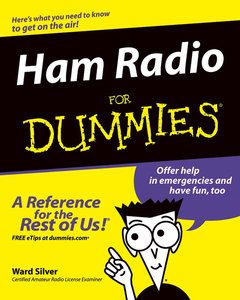 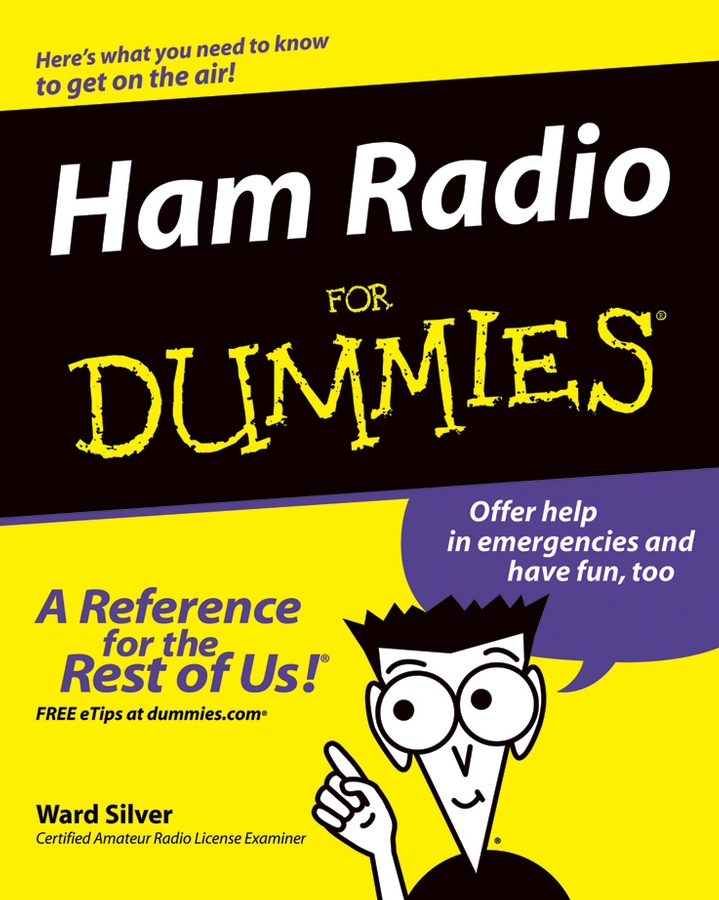 It’s time we cleared the air about ham radio. If you think of it as staticky transmissions sent by people in the middle of nowhere, think again. Today’s ham radio goes beyond wireless to extreme wireless, Operators transmit data and pictures, use the Internet, laser, and microwave transmitters, and travel to places high and low to make contact. In an emergency or natural disaster, ham radio can replace downed traditional communication and save lives. Whether you’re just getting turned on to ham radio or already have your license, Ham Radio for Dummies helps you with the terminology, the technology and the talknology. You discover how to:

* Decipher the jargon and speak the language
* Buy or upgrade your equipment, including the all-important antennas
* Build a ham radio shack, complete with the rig, a computer, mobile/base rig, microphones, keys, headphones, antennas, cables and feedlines
* Study for your license, master Morse code, take the test and get your call sign
* Understand the basics of ragchews (conversations), nets (organized on-air meetings) and DX-ing (competing in contacts to make contacts)
* Keeping logs with the vital statistics, including time (in UTC or World Time), frequency, and call sign

Written by Ward Silver, an electrical engineer, Certified Amateur Radio License Examiner, and columnist for QST, a monthly magazine for ham operators, Ham Radio for Dummies gives you the info you need to delve into the science or dive into the conversation. It explains how you can:

* Tune in to the most common types of signals, including Morse Code (CW), single-sideband (SSB), FM, Radioteletype (RTTY), and data signals
* Break in, introduce yourself, converse, and say or signal goodbye
* Communicate while traveling (ham radio goes where mobile phones go dead)
* Register with an emergency organization such as ARES and RACES
* Help in emergencies such as earthquakes, wildfires, or severe weather
* Pursue your special interests, including contacting distant stations, participating in contests, exploring the digital modes, using satellites, transmitting images, and more

Complete with a glossary and ten pages of additional suggested resources, Ham Radio for Dummies encourages you to touch that dial and take that mike.
Download: Uploading