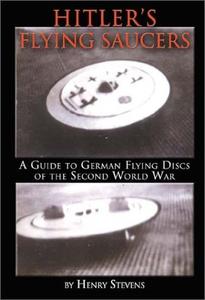 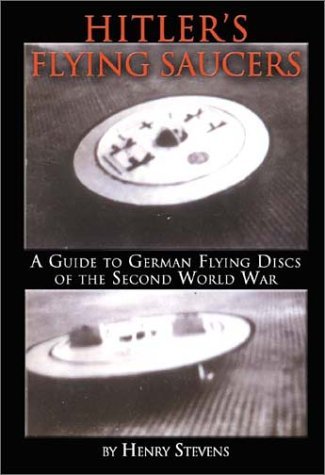 Hitler's Flying Saucers is the best (english) book written on the subject. It's well up-to-date, packed with a good ammount of technical information, including illustrations and photographs - all comes from reliable sources (sample: Kadmon, and those who worked with the projects). If you are an open-minded researcher, scholar, this book will even be more than insightful.

In the nutshell - Hitler's Flying Saucers is a must-have to anyone who is interested in the secret weapons of the 3rd Reich, including the mysticism and science behind it.

Reviews:
––––––
A singularly fascinating and thought-provoking study, March 4, 2003
Reviewer: Midwest Book Review (Oregon, WI USA) - See all my reviews
Painstakingly researched, compiled, and written by Henry Stevens, Hitler's Flying Saucers: A Guide To German Flying Discs Of The Second World War is an original, iconoclastic, involving, and entertaining look at the saucer projects carried out by the Nazis during World War II. Presenting amazing (and sometimes incredulous) theories, some of which have been vehemently denied by conventional authorities, Hitler's Flying Saucers is a singularly fascinating and thought-provoking study which is highly recommended reading – especially for students of UFO phenomenon, military aviation, and suppressed history.
––––