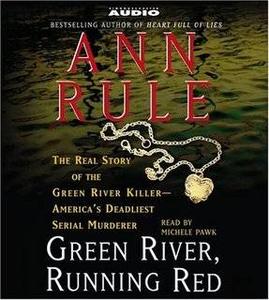 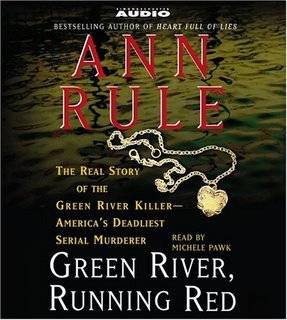 Veteran crime writer Ann Rule is uniquely qualified to chronicle the grisly career of Gary Ridgeway, the man convicted of being the "Green River Killer," the most prolific serial killer in American history. Not only is she one of the more successful true-crime authors, but for nearly 20 years, Rule was exceptionally close to the case, reporting on it for a Seattle newspaper, preparing a long-delayed book on the subject, and living within a few blocks of the strip of highway where most of Ridgeway's victims were abducted. In Green River, Running Red, Rule lends unique humanity to the string of murders that haunted the Seattle area throughout the '80s and '90s by exploring the lives of the dozens of young women who fell into prostitution and were ultimately murdered. Similarly, she catalogues Ridgeway's troubled and bizarre life in such a way that the reader becomes uncomfortably familiar with Ridgeway, although it's never truly clear what drove him to commit such heinous crimes. Along the way, she traces the decades-long struggle of the law enforcement officials assigned to the case as they tracked down countless leads, questioned innumerable suspects, and explored multiple theories that came up empty before finally cracking the case through a series of technological advancements and a little luck. But the most disturbing aspect of the Green River killings (named for where the first victims were found) is how they occurred in relatively plain sight, with Ridgeway, seemingly living an unremarkable life, dwelling and working within a few miles of where his lengthy killing spree took place and evading capture for years. Rule skillfully weaves herself into her account, relating the psychic and cultural impact of the case as it evolved, but she never takes the spotlight off Ridgeway, his eventual captors, and the women who died at his hands.–John Moe