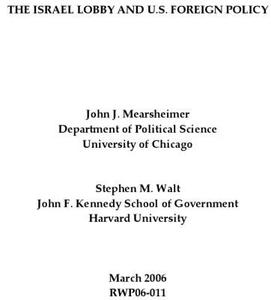 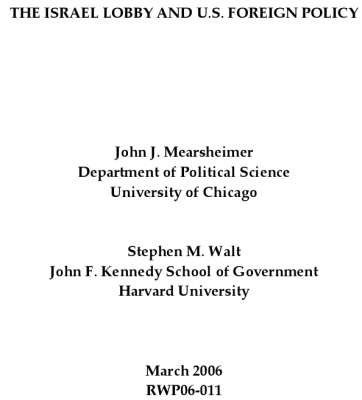 
In this paper, John J. Mearsheimer of the University of Chicago's Department of Political Science and Stephen M.Walt of Harvard University's Kennedy School of Government contend that the centerpiece of U.S. Middle East policy is its intimate relationship with Israel. The authors argue that although often justified as reflecting shared strategic interests or compelling moral imperatives, the U.S. commitment to Israel is due primarily to the activities of the “Israel Lobby." This paper goes on to describe the various activities that pro-Israel groups have undertaken in order to shift U.S. foreign policy in a pro-Israel direction.