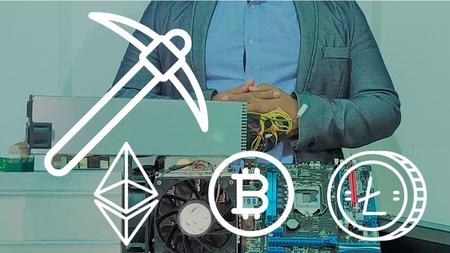 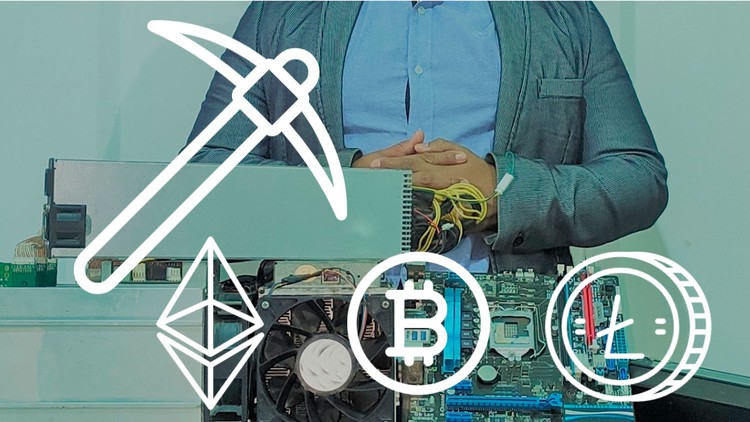 What you'll learn:
Learn everything you can do with cryptocurrency

Requirements:
How to make a full-time living with Cryptocurrency Mining

You do not need experience to take this course

You only need a mobile device or a pc with internet connection.

Cryptocurrency mining has become popular in recent years, all cryptocurrencies have taken a magnificent popularity and continue to take day by day so we must get ahead of time and learn about what will be the future of technology.

Without wasting too much time and without going too much into the theoretical stuff I will explain the points with the most relevant information possible , Cryptocurrency mining without going deep into the field simply is a computer or several computers connected together through a pool or a pool these connected computers are able to solve algorithms that in turn result in a block of bitcoin currently blocks of 6.25 BTC, let's answer the question when the bitcoin is created started by blocks of 50 miners received 50 BTC as a reward. This was reduced to 25 BTC in 2012, and again to 12.5 BTC in 2016, when you could solve an algorithm of a block the result of 50 bitcoin those algorithms you can solve it as a person but it would take you a long time to solve a single bitcoin mathematical exercise if you will work day and night human power is not able to solve it as fast as machines To solve a hash an average human would take 17min while a Miner for example one of the most popular the ANTMINER S9 would take 1Sec to solve 13.5Ths

So when they began to implement the use of processors to decipher these codes the difficulty was not so difficult and you could decipher blocks fast at first the main miners did it on their own mined one block a day two blocks a day three blocks a day of bitcoin a day were 100 200 300 or even more depending on the speed. However its value was very low it does not generate a lot of money and it was not accepted almost anywhere they do it mostly for a Hobby of any person, As the currency became more popular computers started to become slow and no longer mined two or three blocks a day sometimes one every two days as time went by it became more and more popular and the difficulty every day more and more difficult because there were more and more people mining and reached a point where mining a block of bitcoin already spent three months 4 months or even a year with a single block of bitcoin. You could spend a year with a single computer that made people at that time a person created a pool or pool and pooled their mining power in that sense used two three three four five computers of those four or five computers together the power in one and there are born the pool After that begins to resume the power of mining And again to gather about 20 30 or 40 computers, You could mine a block a day a block every two days but it was irrelevant because as time went by the difficulty and little by little the technology was rising and they began to realize that they could mine in video cards with the graphic power of the cards saw that it was superior to the processor for mining focused on mining and from there came the workers they began to mine bitcoin with video cards and with greater strength greater mining capacity the difficulty was rising and after a few years they began to create the first specialized machines to mine bitcoin.

Final objective of the course

At the end of this course you will have all the necessary knowledge about cryptocurrency mining and not only that you will have the specialized knowledge to be able to install, repair, configure and detect failures in any of the digital mining equipment. You will be able to offer your services as a specialized technician for the installation and maintenance of digital mining equipment.

What else will this Cryptocurrency Mining course have?

Lifetime access, when you get this course it will always be available to you.

The course will always keep you up to date in case a new way of mining is implemented.

Why is this course worth your time?

My 7 years of experience in this world of digital mining makes me want to transmit all my knowledge about successes and failures with this type of equipment and by collecting different cases of failures I can give you the certainty that you will not fail where others have failed or even where others can lead you to failure.

Who is this course for?

People interested in learning about the world of cryptocurrencies.

People with no previous knowledge who want to learn about cryptocurrency.

Computer technicians who want to update their knowledge.

Companies or people who want to enter the world of digital mining.

Who this course is for:
How to profit from cryptocurrency