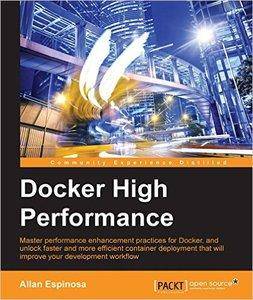 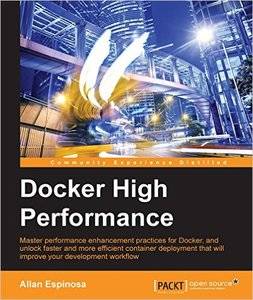 Docker High Performance by Allan Espinosa
English | Jan. 28, 2016 | ISBN: 1785886800 | 160 Pages | AZW3/MOBI/EPUB/PDF (conv) | 10.86 MB
Docker is a portable container format that allows you to run code anywhere from your desktop to the cloud. The workflow around Docker makes development, testing, and deployment much easier and much faster. However, it's essential that you know the best practices most techniques for optimization so Docker can help you deploy your application most effectively.

This comprehensive guide will improve your Docker workflows and will ensure your application's production environment runs smoothly. It starts with a short refresher on working with Docker, then you will learn how to take this basic knowledge to the next level by optimizing your Docker infrastructure and applications at scale. At the end of the book, we will put the concepts and everything you have learned about Docker's features into practice by rolling out supplementary monitoring and troubleshooting instrumentation to your infrastructure. All of these things will ensure your application succeeds using Docker.

What you will learn

Allan Espinosa is a DevOps practitioner living in Tokyo. He is an active open source contributor to various distributed systems tools, such as Docker and Chef. Allan maintains several Docker images for popular open source software that were popular even before their official release from the upstream open source groups.

In his career, Allan has worked on large distributed systems containing hundreds to thousands of servers in production. He has built scalable applications on various platforms ranging from large supercomputing centers in the U.S. to production enterprise systems in Japan.