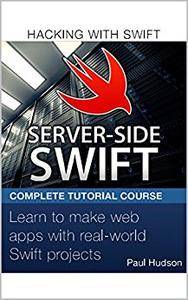 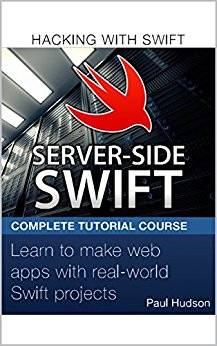 While building projects, you'll learn all this and more:

How to transfer your existing Swift knowledge to the server.
Connecting to databases to read and write data, using CouchDB and MySQL.
Creating server-side sessions for temporary storage.
Building re-usable templates to separate your presentation from your logic.
How to design, build, and test web APIs for your Swift apps.
Authenticating users to create login screens.
You'll also learn some HTML, JavaScript, and SQL along the way, as part of the Swift projects.


Server-Side Swift follows the same approach I used with Hacking with Swift: small, standalone projects that teach individual techniques starting from scratch, so you end up with a huge library of finished projects you can develop further or use as the base for something entirely new.

Which framework is used?

Now for the answer to a question you've probably been asking: the book uses IBM's Kitura framework for server-side Swift. That's not an accident:

Apple introduced Kitura at WWDC 2016. It's rare to see third parties speak at WWDC, but IBM and Apple formed a close partnership to help drive Swift adoption forward and Kitura is part of that.
IBM is putting huge resources behind the platform, and probably has the highest concentration of Swift developers outside of Cupertino.
Kitura out-performs Vapor in benchmarks, including having significantly lower memory usage and latency.
Most importantly, Kitura is very similar to Express.js, which is a massively popular development framework for JavaScript. This lets existing web developers migrate to Swift more easily.


Even if Kitura isn't your preferred choice, the Swift Server APIs work group are looking at ways to build shared APIs for standard server functionality, so hopefully you'll learn lots of transferrable skills