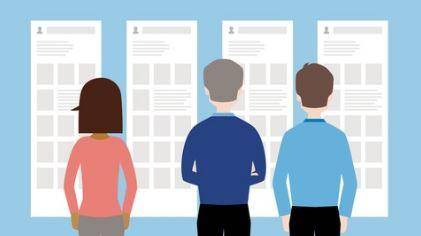 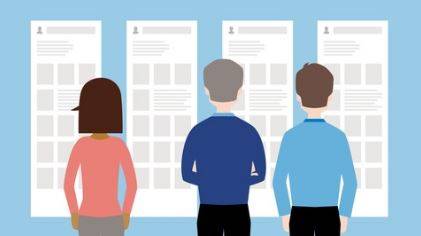 This is the second part of our project where I teach you to build your dream without a team. This is not the most sexy part but it is necessary. Without the proper understanding of our target users and how they will operate, we may not be successful at this endeavor.

You will see and understand how the user persona and our little research help us see a different side of our platform.

Mission: GetCott mission is to make it easy for the world to boycott bad creatures, places or things.

Project Description: Create a web platform that let victims boycott villains. And make it so that activists can support victims, and villains can make amend and ask for forgiveness.

Scope: users can add a cott, add a villain, add villain contact information, boycott the situation, and invite others to help boycott, and decide if the situation was fixed or not. The system will send an email to the villain.

Walkthrough: users will register using social media or regular, they will add the categories that interest them. Then they will be asked to add a cott, and under the input, they will see cotts that they can support. Users will add the cott category, villain, date and time, location, situation, sentencing, and remedy. Users can also support cotts by simply click support on the cott.

Victims – those who have lost trust on others.
Villains – those who are distrusted by others.
Activists – those who support a situation.
Systems – backend automation that make the platform work.
User Personas

Black Lives Matter is an organization that want to shine light on police brutality. They believe that Police have the power to kill, knowledge to get away with their killings, and often time the support. Black Lives Matter exist because America is telling them that black lives don’t matter. Fox News have a paid correspondence, Mark Furhman, who is a known Nazi sympathizer and is the face of police brutality. BLM believes these organizations who supports these terrorists.

Black Live Matter started a movement and the entire world have joined in. Good news, there are many little cells that are operating independently. The bad news is that they cannot stand together and truly make a greater impact. Black Live Matter wants to be able to have other BLM cells to go under them.

Law markers pass the patriot act to fight terrorism but won’t fight police terrorism.
Police are getting away with murder.
Color people might counter-terrorIzing cops.
GOALS

BLM login to getcott and found out that there are multiple BLM communities. So, they add their account. They also found a list of other BLM community that they can merge with. Since their Twitter Account is verified, they get to send a merge request with all other BLM’s and they have the chance to be the parent or the cell. They choose to be the parent. Other cells have decided to merge with them. Even though the cells are operating independently, BLM is able to boycott and requests all cells members to join.

BLM parent company can summon all members in behalf of a cell members. Now, BLM is able to unite all supporters and activists.

President Trump is an American Businessman who won the 2016 presidential election. He believe he won against all odds therefore there is a reason he is President of the United States and that is to make America Great Again. President Trump have a plan for America and he needs the people to support him.

Donald Trump is frustrated that he cannot pass a healthcare bill in Washington. He wish he could wright an executive order and the bill is passed. But he cannot. So, he wants to boycott the freedom caucus but few Americans know what the freedom Caucus do. But many of his right wingers are Pro Guns. So he wants to get them involve in helping him pass the healthcare bill.

Public is targeting his family and business.
Adversaries are hindering his agenda.
Too many boycotts against him.
GOALS

He wants businesses to treat his family and his company fairly.
He wants people to boycott adversaries that hindering his agenda.
He wants to know what to do to fix a situation.
He wants credit for his efforts.
ELEMENTS

DT joined GetCott using his twitter account. The system realized that he is a public figure with more than 1 million followers so he automatically get such status. DT click on add cott and he was able to add a boycott. He started to type Freedom Caucus then the system recommends a few boycott he can support. But, he wanted other users to support his boycott not the other way around. So, DT added a cott. When he tried to request a merge with another cott, the system said he have not reach the milestone for his movement yet. So, he blast on twitter for his 25 million followers to join him on boycotting the freedom caucus. And millions of people started pouring in to help him boycott.

When he reached the milestone, he tried to merge again but the system doesn’t allow him to put his needs first. All mergers have to be accepted by activists who add the cotts. When all activists agree, then Donald Trump tried to add his merge with NRA movement so he can get more supporters. But the system denied the requests because it is two unrelated issues.

System show cott status in order
System place milestone for cotts to reach
When cotts are merged, it creates a movement.
All activists have to merge.
Once merge, activists become a voting member of the movement.
Movement can be interrupted by GetCott Judge and Jury.
GetCott activists must be able to be represented by a lawyer.
The lawyer have to be GetCott board certified.
Lesly Revenge 31

Lesly is a techie. He purchased an Acer One Cloudbook14 Laptop from Walmart so he can start authoring his Udemy courses. The laptop is said to have 32gb. But, as soon as it is turned on, Window take more than half of that. And, adding about 4 extra programs to author the course leaves him with less than 1gb. The computer is constantly running out of memory. Lesly called Acer’s and Acer said they can’t do nothing for him.

Lesly is frustrated because even after he boycott Acers product, he is not getting enough supporters. Acers have determined that the cost of the boycott solution is over the cost of boycott sanctions. So, they decided to wait out the boycott.

False marketing and terrible products.
Corporations are getting away with wrong doings.
The people feels powerless.
GOALS

Lesly decided to refocus his boycott not on Acer’s product but laptops in general. Lesly change boycott focus to standard. Lesly chooses Electronic, then Laptops. He put the standard he is boycotting are laptops that does not have sufficient memories.

Laptops, Lesly found a few standards that he can add on to. First he found fast laptop, gaming laptop, cloud laptop. He chooses Cloud laptops. And he realized that someone else already added the standard: 100GB or more.

Lesly click merge to merge his boycott to that cott. Gettcott ambassadors checks and realized that the merge makes sense except that Lesly have Acers as the villains. Ambassadors wrote Lesly a note to fix in order to merge. Instead of keeping Acers as a villains, Lesly add Acers Cloudbook as an example laptop. Lesly click resubmit.

System administrators check. And now, the cott have merge. All Lesly’s advocates are now automatically supporting the standard. They all receive a notification about the change. Some accept to continue their support and others unsupported the standard. Lesly receives a Standard Setting Badge for his successful submission.

Shia is an American actor who started his acting career young. Shia is married to a Brazilian-British actress. Shia have tried to protest Trump presidency until Trump presidency ends. But, pro-Trump supporters have disrupt his protest every chance they get.

His protest is being disrupted.
People feels powerless against POTUS
He receives threats against his life.
GOALS

After Donald Trump became President, Shia felt he had to do something. He had to tell the world that he cannot let Donald Trump divide America. He got with some friends and they lead an Art Project. After countless disruptions, Shia felt he must find a better way to protest. Therefore, he downloaded GetCott and created a cott.

Shia first landed on the registration page. He registered using his email account. He was asked for an email address and a password. He clicked register. System ask Shia for his interest. System ask Shia for his geolocation. System checks Shia’s location and interest and then show some that Shia can help boycott. Shia clicks on add a boycott. But system prevent Shia from adding a boycott because he have not yet support 3 cotts. Shia then search and boycott 3 cotts. Shia tried to add a cott again and the system allow Shia to add a boycott. System asks Shia if he is a public figure. Shia stated yes and system ask Shia to login with his twitter account to verify his status, System also ask Shia for his Wikipedia page. System then check Shias twitter following to check if it falls inline with typical public figures account. If Shia have more than 1 million followers, System automatically allow Shias public figure account. If not, system will ask users to verify if Shia is really a celebrity. Shia added his cotts. He wanted to add more but the system ask him to wait until he get 1,000 supporters or merge his cotts with similar cotts to reach that amount. Shia tweets his fans so they can help him boycott. His fans joined in and Shia was able to quickly reach 10,000 cotts. And Shia was able to add 3 additional cotts. Now, all four of his cotts must reach 100,000 supporters before he could add 3 more cotts Then those cotts have to reach 1,000,0000 supporter before he can add anymore. Or he have to merge with other cotts.

To add a cott, Shia simply had to click add cott. The system guide Shia on adding the cott: the villain name, the victims, verification, situations, solution, and add sanctions and the time to enact sanction if demands are not met. Trump is the Villain, American people are victim, show trump Wall Speech, Shia state that Trump Wall will divide Americans and will not help secure America. It is a waste of Money and it will simply enticed future presidents to say “Tear down this wall!”. Solution is for America and congress to vote for building the wall or else it will be a waste of Tax Payers money. Sanctions: all American’s should not buy Trump Products starting now. All Americans should not vote republicans nationwide starting 3 months from now. Sanctions: All Americans should not vote for Trump for Trump.

Activist must be guided through the registration process.
Functional Requirements

Please update your winrar to avoid getting extract error