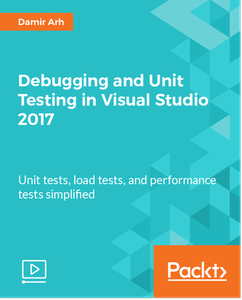 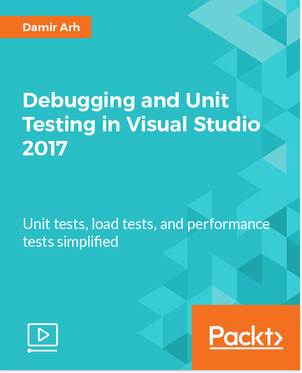 Visual Studio 2017 brings powerful tools for testing, which help developers concentrate more on writing better code than finding loopholes in their code. This course is a comprehensive guide that exposes best in class techniques to test applications using the tools within Visual Studio.

It begins with an introduction to the various tools within Visual Studio. The course shows you how to plan and create a test suite. You’ll learn how to perform unit tests and once you’re comfortable testing, you’ll learn how to automate your tests as well. Moving on, you’ll learn how to test your application for performance, running, distributing, and analyzing load tests.

You’ll use the Microsoft Test Manager to streamline your tests and then go on to test web performance and write code to customize it where needed. You’ll also learn how to perform continuous testing that fits in line with DevOps practices for cloud environments. You’ll use Selenium Webdriver and include it in a continuous integration build, after which you’ll learn to use IntelliTrace to debug your applications effortlessly. Finally, you’ll learn to work with test data and reports and manage your test lab.