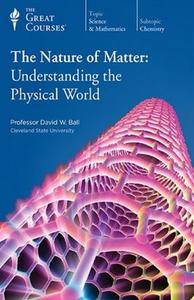 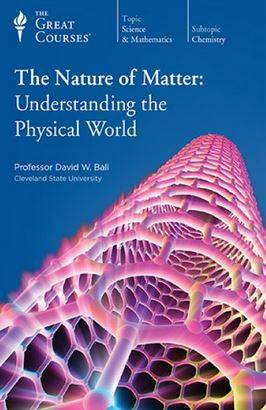 Matter is the raw material of the universe. Stars, planets, mountains, oceans, and atmospheres are all made of matter. So are plants and animals—including humans and every material thing we have ever produced. Amazingly, this immense variety is generated by a limited number of chemical elements that combine in simple, well-defined ways.

Consider carbon, a relatively common atom with many faces:

• Diamond: When one carbon atom bonds to four others in a cubic structure, repeated many times, the result is diamond, a form of pure carbon that is the hardest known mineral.

• Graphite: In a different geometric arrangement, carbon atoms bond in a flat lattice that is among the softest known substances, graphite, which is used in pencil leads and lubricants.

• Nanotubes: Loop a sheet of graphite, one atom thick, into a cylindrical shape and you get a carbon nanotube, a material 300 times stronger than steel with remarkable electrical properties.

• Life: You would not be reading this if carbon were not an atom of surprising versatility, able to combine with other elements to create the complex chemicals that are the basis of life.

And carbon is just one element among roughly 100 that are the basic, indivisible constituents of all normal matter. They are the ingredients of our universe, and the science of chemistry tells us how elements combine and why the resulting compounds have the properties they do.


Readmore
This physical picture of the world has taken centuries to assemble, but its insights are now available to anyone. No scientific background is needed to appreciate such miracles of everyday life as the bounce of a rubber ball or water’s astonishing power to dissolve. Moreover, the study of matter has led directly to such inventions as semiconductor circuits for computers, new fabrics for clothes, and powerful adhesives for medicine and industry. These discoveries were hard-won by scientific sleuths, but we can all sit back and enjoy the details—just as we delight in the solution to a good detective story.

The Nature of Matter: Understanding the Physical World deciphers the mystery of matter in 24 engaging and enlightening half-hour lectures that are geared toward anyone with a curious mind; there are no other prerequisites. Your guide is Professor David W. Ball of Cleveland State University, a noted researcher, textbook author, and award-winning teacher, who has a gift for making chemistry beautifully accessible and engaging.

How the World Works

Starting with the fundamental components of the universe—matter, energy, and entropy—you quickly build your conceptual toolkit to include atoms and the different ways they bond to each other, forming molecules and other compounds. Plentiful graphics and animations help make these ideas crystal clear, launching you into the crucial mission of chemistry: explaining how matter behaves. In The Nature of Matter, you investigate the principles behind a fascinating array of substances, including some very familiar products:

• Teflon: Discovered by accident, this long chain of molecules, called a polymer, is chemically unreactive and very slippery, giving it a multitude of uses—from non-stick coatings to leak-proof tape for pipe fittings.

• Cotton textiles: Cotton towels and clothes are absorbent and comfortable because cotton fibers act as tiny capillaries, wicking away moisture by a phenomenon known as adhesion.

• Soap: If oil and water don’t mix, then why does soapy water remove oil? The reason is the long hydrocarbon chain of a soap molecule, which is attracted to water at one end and oil at the other.

• Gasoline: Liquid gasoline doesn’t burn easily, contrary to many movie explosions—but gasoline vapor does. It evaporates at a relatively low temperature, making it an ideal fuel for internal combustion engines.

You’ll discover that chemistry is a truly practical science, for after hearing the many examples that Professor Ball presents, you’ll be able to make informed decisions in such areas as nutrition, dental care, and recycling. This knowledge is even relevant to issues in the news like environmental pollution and climate change.

Professor Ball takes you deep into the details of his field, explaining how to read the periodic table of the elements (which he calls “the most important, one-page tool in all of science”), why the electron shells in an atom are like a house, and the differences between a compound, a solution, a composite, and other arrangements of matter. Armed with this background, you’ll find that a number of life’s ordinary enigmas suddenly make sense:

• Why does salt melt ice? In the lecture on solutions, you learn how particles of salt (the solute) interfere with the formation of crystals in water ice, giving it a lower freezing point and causing it to melt.

• How do you tell a vitamin from a mineral? Vitamin and mineral nutrients illustrate an important division in chemistry: vitamins are typically covalent compounds, while minerals are usually ionic compounds.

• Is car wax necessary? Water beads rather than pools on a waxed car, inhibiting the formation of rust. In chemical terms, the adhesion between water and wax is much lower than the cohesion within bulk water.

• How do lizards climb up walls? Solved only recently, this mystery involves tiny hairs on the lizard’s toes, which stick to the wall through intermolecular forces, a phenomenon that has inspired new adhesives.

You’ll also study some extraordinary enigmas, such as superconductivity, which is the flow of electricity with zero resistance. Long thought to be achievable only at temperatures close to absolute zero, this phenomenon has been observed at higher temperatures in certain ceramics and other materials, raising the possibility of power transmission with perfect efficiency.

Since prehistoric times, knowledge of materials has driven the development of civilization. The Stone Age was succeeded by the Bronze Age, the Iron Age, the industrial age, and now the age of silicon—the element that is the basis of the semiconductor revolution.

What’s next? Professor Ball devotes his final lecture to future trends in the science of matter. Speculation about the future often feels unreal. But after absorbing the previous 23 lectures of The Nature of Matter, you will know enough to form your own opinions. Is nanotechnology around the corner? Will 3-D printing take off in spectacular new directions? Can we adapt the secrets of spider silk, barnacle glue, and other remarkable biomaterials for our own uses?

It all depends on how we manipulate the raw materials of the world. Professor Ball notes that the “fun part about being a chemist is that we still have lots of combinations of these raw materials to explore.” And the joy of this course is learning from an outstanding teacher who is part of this exciting quest.