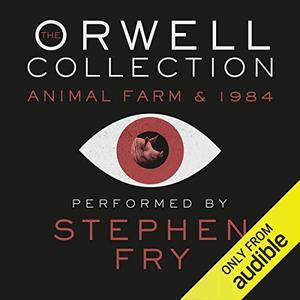 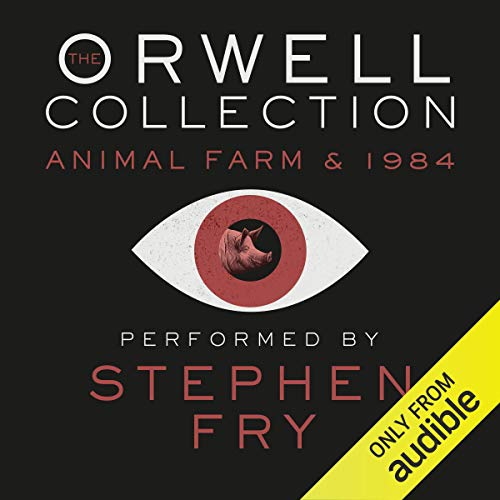 The classic dystopian social science fiction novel first published on 8th June 1949 as Orwell's ninth and final book completed in his lifetime. One of the most brilliant satires on totalitarianism and the power-hungry ever written, introducing new language as words of warning for future generations; 1984, Newspeak, Doublethink, Thought Police, Big Brother is watching you….

One of the most influential works of the 20th century. A socio-political allegory that reflects events leading up to the Russian Revolution of 1917 and then on into the Stalinist era of the Soviet Union. Set in a farmyard, where the animals decide to seize the farmer's land and create a co-operative that reaps the benefits of their combined labours. Four legs good, two legs bad….

Stephen Fry is an English actor, screenwriter, author, playwright, journalist, poet, comedian, television presenter, film director and all-round national treasure. Whilst at university, Fry became involved with the Cambridge Footlights, where he met his long-time collaborator and friend Hugh Laurie. As half of the comic double act Fry and Laurie, he co-wrote and co-starred in A Bit of Fry & Laurie and Jeeves and Wooster. Fry’s acting roles include Blackadder, Kingdom, Bones, V for Vendetta, Sherlock Holmes: A Game of Shadows and The Hobbit trilogy. He has written and presented several documentary series and as a proudly out gay man, the award-winning Out There, documenting the lives of lesbian, bisexual gay and transgender people around the world is part of his 30-year advocacy of the rights of the LGBT community. Fry has written four novels, The Liar, The Hippopotamus (made in to a feature film in 2018), Making History and The Stars’ Tennis Balls. Translated into many languages, they have never been out of print. The most recently published works are Mythos and Heroes, constituting the first two parts of what will be a trilogy retelling the Greeks myths from the Creation to the aftermath of the Trojan War. Troy was published in November 2020.

Includes original theme music by renowned composer Carly Paradis, who is known for scoring the BBC’s Line of Duty and Netflix’s production of The Innocents. Featuring strings performed by Robert Ames, co-founder of the world-famous London Contemporary Orchestra.