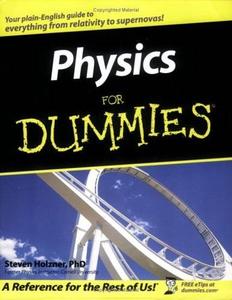 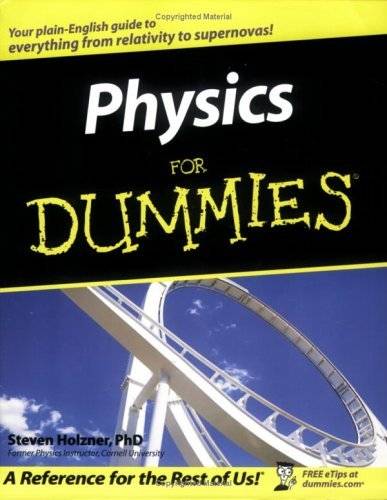 
Does just thinking about the laws of motion make your head spin? Does studying electricity short your circuits? Do the complexities of thermodynamics cool your enthusiasm?

Thanks to this book, you don’t have to be Einstein to understand physics. As you read about Newton’s Laws, Kepler’s Laws, Hooke’s Law, Ohm’s Law, and others, you’ll appreciate the For Dummies law: The easier we make it, the faster people understand it and the more they enjoy it! Whether you’re taking a class, helping kids with homework, or trying to find out how the world works, this book helps you understand basic physics. It covers:

Steven Holzner, Ph.D. earned his B.S. at MIT and his Ph.D. at Cornell, where he taught Physics 101 and 102 for over 10 years. He livens things up with cool physics facts, real-world examples, and simple experiments that will heighten your enthusiasm for physics and science. The book ends with some out-of-this world physics that will set your mind in motion:

May the Force be with you!