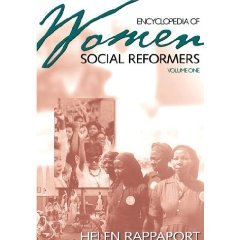 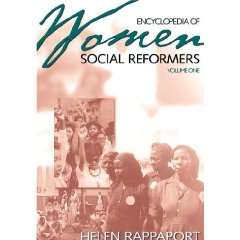 Helen Rappaport "Encyclopedia of Women Social Reformers"
ABC-CLIO | 2001-12-01 | ISBN :1576071014 | Pages: 888 | PDF | 7.72 MB
The road to equality and social justice is paved with the efforts of legions of tenacious women who made major sacrifices for their causes. Now the accomplishments of hundreds of women are recognized and illuminated in a first-of-its-kind reference work that ranges over the entire world, from the eighteenth century to the present.

Coverage of women’s activism around the world, from the French Revolution to today

International in scope and balanced in its coverage, with emphasis on third-world activists