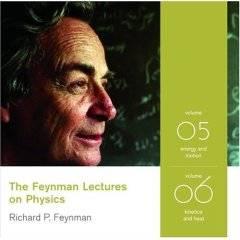 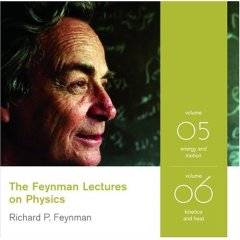 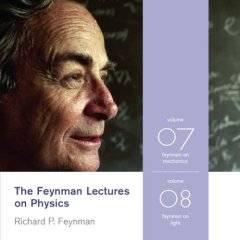 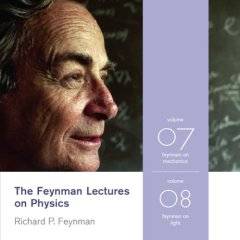 Lectures of Physics by R. Feynman

Book Description
Eagerly awaited by scientists and academics worldwide, Feynman's famous Lectures on Physics, now on CD
For more than thirty years, Richard P. Feynman's three-volume Lectures on Physics has been known worldwide as the classic resource for students and professionals alike. Ranging from the most basic principles of Newtonian physics through such formidable theories as Einstein's general relativity, superconductivity, and quantum mechanics, Feynman's lectures stand as a monument of clear exposition and deep insight. Responding to the tremendous clamor for the original audio tapes from which the Lectures on Physics were transcribed, Basic Books is releasing Feynman's original recordings, remastered for modern audio equipment and reorganized for cohesiveness and convenience. Timeless and collectible, these CDs will serve as a comprehensive library of essential physics by a legend in science.

About the Author
Raised in Queens, New York, Richard P. Feynman received his Ph.D. from Princeton in 1942. Despite his youth, he played an important role in the Manhattan Project, going on to teach at both Cornell and the California Institute of Technology. In 1965 he was awarded the Nobel Prize in Physics for his research in quantum electrodynamics. Many remember his work on the Challenger Commission, in particular his famous O-ring experiment, which required little more than a glass of ice water (and a healthy disrespect for standard procedure). Besides his work as a physicist, Feynman was at various times an artist, dancer, bongo player, and safe cracker. He died in 1988.

Visit my RS folder for other Lectures of Physics by R. Feynman
RS Folder pass: RF