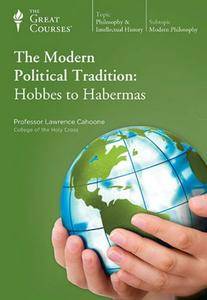 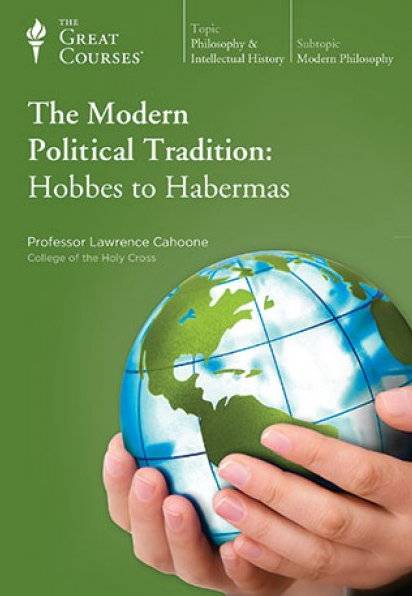 Liberty. Democracy. Rights. Community. The terms and concepts originated by political philosophers have become so ingrained in our global consciousness that politicians and ordinary citizens reference them with frequency and a sense of assuredness. Without even realizing it, we all use the fruits of political philosophy. The question is, are we using them well?


Show Full Description
Many of us have an incomplete picture of how the ideas of political philosophy developed or their intentions and implications, despite their ubiquity. Complicating the matter, the meaning of many words in the political lexicon has evolved over time; “freedom,” “equality,” “liberal,” “conservative,” “neoconservative,” “libertarian,” “progressive,” “socialist,” “democratic,” and “republican” have each been used in a variety of ways.

Practically speaking, if we can grasp these concepts and understand their history, we are in a far better position to follow and evaluate political discussions in the media and among our social circles with discernment, so we can understand the terms as well as—if not better than—those who casually bandy them about.

In addition, tracing the origin of political thought and its execution on a grand scale allows us to develop big-picture awareness of political philosophy’s enormous influence throughout modern history, adding historical and philosophical depth to our understanding of both past and current events.

The Modern Political Tradition: Hobbes to Habermas is your opportunity to navigate the labyrinth of Western political and social theory. Guided by award-winning Professor Lawrence Cahoone of the College of the Holy Cross, these 36 eye-opening lectures reveal how political philosophers, in responding to the societal problems and changing conditions of their day in revolutionary ways, created virtual blueprints of action for leaders to implement—for good or ill. You’ll gain not only the tools necessary to comprehend and evaluate the omnipresent language of politics, but also a thorough understanding of the wellspring of thought that has emerged over centuries of political philosophy.

You’ll also gain knowledge of the intellectual origins of monumental historical events and developments from the Renaissance through the 21st century, such as

the creation of America’s political system, which was crucially influenced by John Locke and Montesquieu;
the French Revolution, which was influenced by Jean-Jacques Rousseau;
the formation of most capitalist contemporary societies, which have been guided by the theories of Adam Smith;
the invention of communist regimes, which is largely attributable to Karl Marx; and
the numerous reforms of progressivism, which include the eight-hour workday, minimum wage laws, worker’s compensation, voting rights for women, and social insurance for the elderly, disabled, and unemployed.

This ambitious course is a highly relevant exploration, with a third of it focusing on the very recent past and a great many lectures concerning events and ideas of the last century. By course end, you will have acquired the context necessary to appreciate how political ideas have developed over time, including many of the hot-button topics of today, from libertarianism and neoconservatism to feminism, multiculturalism, and environmentalism.

Offering impressive breadth and depth, The Modern Political Tradition has a scope you’re unlikely to find in a traditional university course. Here, you’ll trace the rise of movements including capitalism, liberalism, conservatism, nationalism, socialism, and communism; you’ll look at various incarnations of the social contract theory; and you’ll learn how disagreements between Thomas Jefferson, Alexander Hamilton, and James Madison influenced America’s Constitution and system of government.

As you immerse yourself in the politics of events such as World War II and the invasion of Afghanistan, as well as movements such as for civil rights and environmentalism, you’ll consider a range of fascinating topics:

Fundamental notions of freedom and rights
Moral realism versus moral relativism
Dangers and advantages of the free-market model of economics
Questions of distributive justice and the welfare state
“Just war” theory, which is currently being tested by the war on terror
The inequality of a policy of “color blindness”
Whether democracy or “liberal republicanism” is applicable to every civilization

You will also see how the French Revolution and its aftermath, the Napoleonic Wars, set up the international spectrum of conservatism on the right, some brand of socialism on the left, and a mix of liberal and civic republicanism in the middle—in addition to giving us the very terms “right” and “left.”

In Professor Cahoone’s treatment of everything from totalitarianism to postmodern critique, he provides a clear analysis of the defenses philosophers have used to support their ideas, critics’ arguments against those ideas, and how the two relate.

A major focus of this course is liberal republicanism, which you will come to realize is not only a unique and experimental concept in history, but a highly complex one. With several political, social, and economic principles and institutions woven into its fabric, liberal republicanism remains subject to a host of criticisms and questions that political philosophers are still attempting to address.

However, modern thought—and this course—are by no means limited to liberal republicanism. You’ll see other ways of imagining a free and equal society, as well as those of philosophers like Vladimir Lenin and Carl Schmitt, who reject the very idea.

Discover Philosophy for the Real World

Compared with more metaphysical realms of philosophy, political philosophy is the discipline’s most influential and tangible area. Broadly speaking, it attempts to answer the question of how human beings should live together in society. On a more granular level, it asks such questions as these:

What is justice?
What is the chief good of political society?
What kind of government is best?
What is a just distribution of goods, services, and income?

In The Modern Political Tradition, you’ll study individuals with clear vision in addressing these and other fundamental problems. Among the earliest is Niccolò Machiavelli, from whom we get the notion of “the ends justify the means” and his assertion that political actors will inevitably behave immorally, what later writers have called “dirty hands.”

You’ll also delve into the deontological ethics of Immanuel Kant and the utilitarianism of John Stuart Mill—ideas so influential that they are commonly referenced (albeit without attribution) during ethical controversies to this day.

In every lecture, you’ll meet revolutionary figures who have left an indelible mark on history and, in many cases, continue to influence political debate.

Mary Wollstonecraft: Responsible for the first feminist political theory in 1792, she called for a “revolution in female matters” from the “tyranny of man.”
Leonard Hobhouse: He was an Englishman whose arguments for a “new” liberalism reappeared throughout the 20th century as part of American progressivism, the Square Deal, the New Deal, and the Great Society.
Alexandre Kojève: He argued that Henry Ford was the greatest Marxist of the 20th century because he paid his workers enough to buy the Model T cars they produced.
Ayn Rand: The famous writer’s theory of “objectivism” and defense of laissez-faire has been cited as influential by a vice-presidential candidate and the former chairman of the Federal Reserve, among others.
John Rawls: A late 20th-century progressive, he reinvigorated the theory of distributive justice by arguing for an American form of European social democracy.

Join a Respected Philosopher and Author

Having penned several books on issues presented in this course, Professor Cahoone—a philosopher in his own right—delivers these lectures with remarkable insight, accessibility, and authority. His engaging teaching style, even-handedness, and ability to distill an array of multifaceted concepts have garnered raves from Great Courses learners and university students alike.

To enhance your understanding of the material, Professor Cahoone has created detailed diagrams, many of which have been animated, specifically for this course. Along with a variety of other on-screen graphics, these visuals illustrate complex points that arise throughout the lectures for those who choose video.

After completing The Modern Political Tradition, politics will come into focus like never before. Even America’s seemingly hopelessly stalemated politics will suddenly be viewed in an entirely new light. 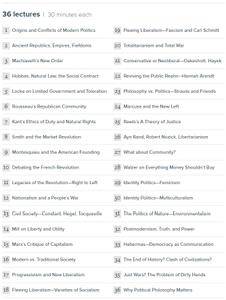 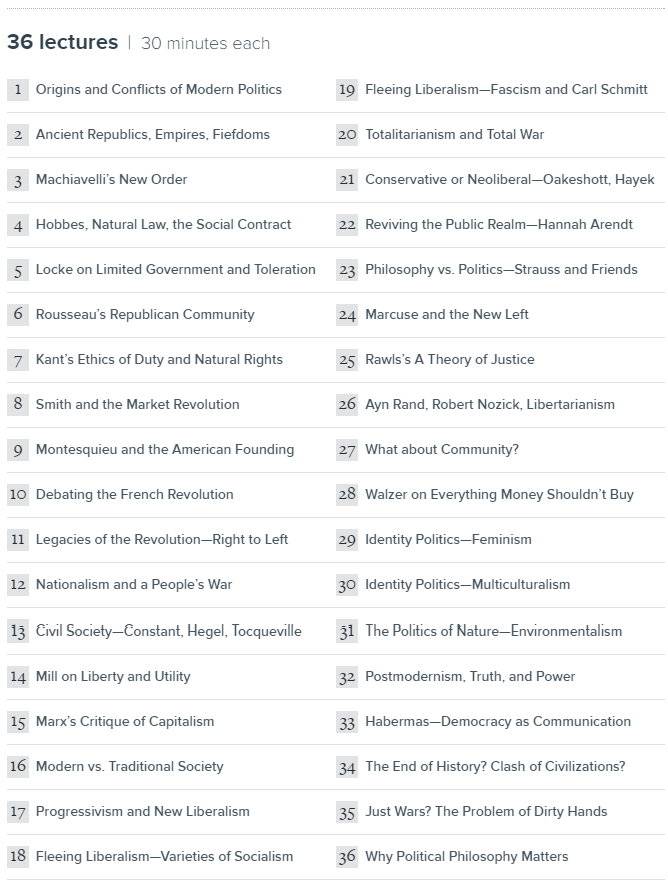 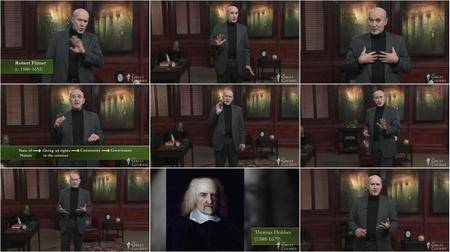 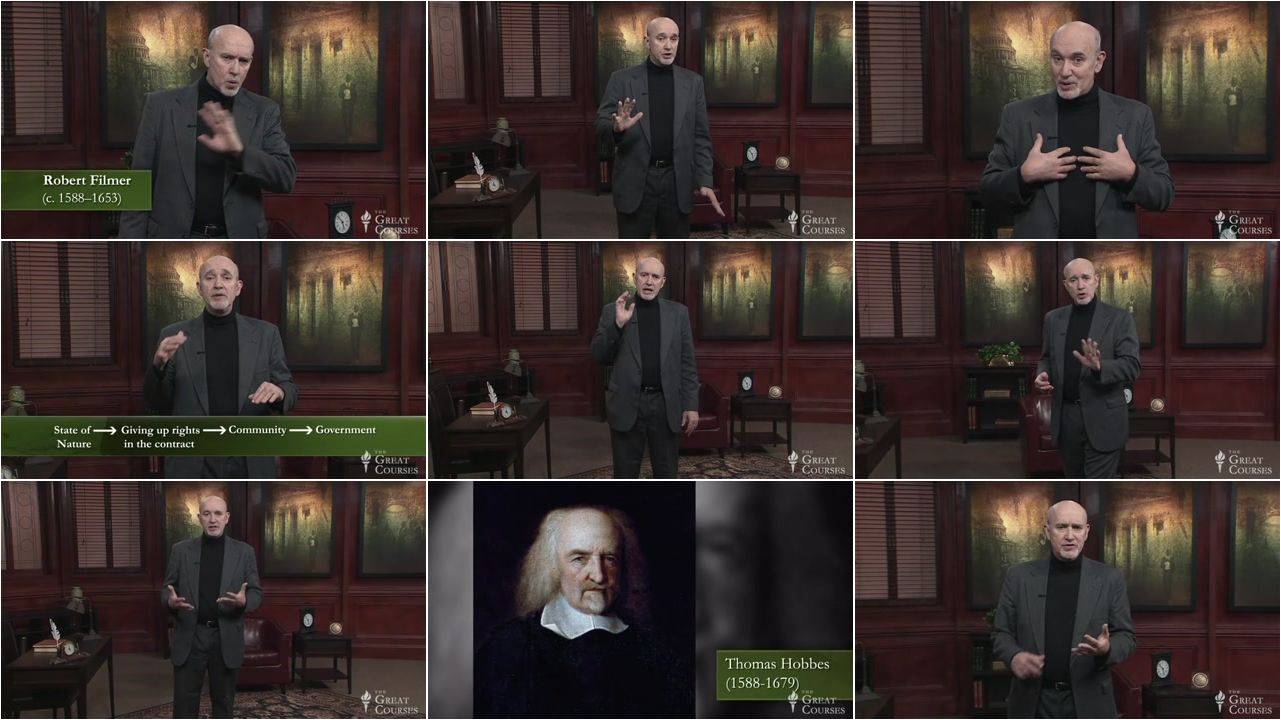