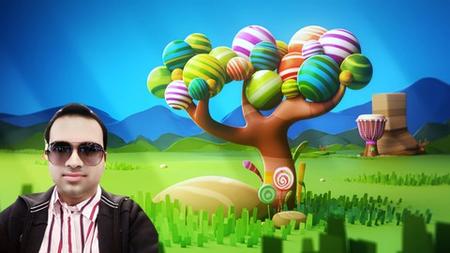 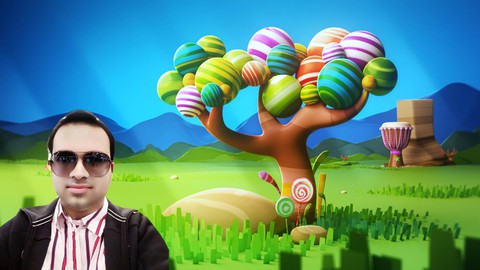 Requirements
None. No 3D animation skills needed.
The incredible software taught in the course works on Windows OS only at the moment and it is a free software that can be downloaded through Steam Store.
Description
Good 3D animation is hard to create or execute and we all know it. What we must further be aware of is what is harder still is being committed to it in the long run as 3D animation is a vast, tiring and long process. Animation specialists know that 2D is a more simple technique - whatsoever, so it's a lot easier to learn and execute, but it still takes just as much, and even often more, time to do than 3D.

The 3D animation process normally has three phases associated with it being - the following stages:

1. Pre-production stage: This process includes concept creation, creating rough storyboards, making script reels, and character modelling. This is the most difficult stage of it all and also it involves a lot of brainstorming to be done by a huge team who will be working on the animation project.

2. Production stage: This involves the creation of the animated film's animated elements brought together layer-by-layer and scene-by-scene, all into one place, ready for the final touches to be done or applied. This is usually termed as the "Creation Stage" too.

3. Post-production stage: This stage deals with rendering of the 3D animation and editing the video using any video editing software like Adobe Premiere Pro, iMovie for Mac or Final Cut Pro (FCP).

The above phases also have multiple sub-processes within them. Thus, this makes 3D animation a complicated process - until now!

Forget being an animation specialist or learning 3D animation from scratch.

This means simply speeding up the three phases that we just talked about above by 99x. (You can create animation 99 times faster than using regular methods or software) and that's what we mean.

Welcome to the new age of 3D animation that can be generated with a single audio file you put across to the software - which we will reveal in this course. We will also look at changing characters, backgrounds colours etc. to be used in your video.

This superb and futuristic tech course has been created by Digital Marketing Legend "Srinidhi Ranganathan" and Mastermind "Saranya Srinidhi".

Are you ready to create mind-blowing 3D virtual human avatar videos at great speed? This is going to be an exciting course, after all.

Who this course is for:
Students who are already learning animation courses and wish to create 3D animation videos of virtual human spokespersons fast and easy.
Marketing professionals who want to convert their audio message to 3D animation videos extremely quick.
Video creators who wish to speed up video-production by using powerful video-creation and animation software.
Anyone who is interested to learn new-age technologies that focusses on conversion of a normal audio file to 3D animated video.