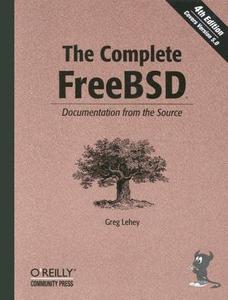 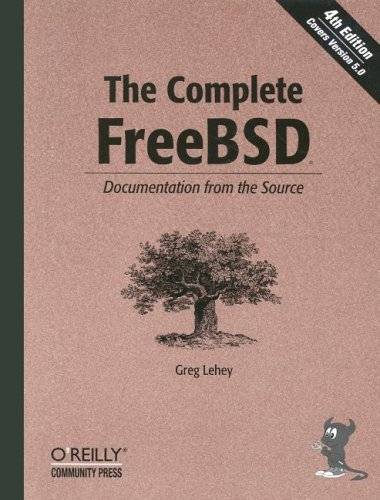 FreeBSD is by far the most popular version of BSD®, the legendary operating system that has contributed a great deal to every version of Unix® in use today (including Mac OS® X). Originally a community effort by the University of California at Berkeley, FreeBSD was aimed at making Unix a little friendlier and easier to use. By the time other free operating systems came along, BSD was firmly established and very reliable. And it continues to be today. For seven years, the FreeBSD community has relied on Greg Lehey's classic, The Complete FreeBSD, to guide them through its configuration and administration. The 4th edition, covering version 5 of FreeBSD, is now available through O'Reilly Community Press. The Complete FreeBSD is an eminently practical guidebook that explains not only how to get a computer up and running with the FreeBSD operating system, but also how to turn it into a highly functional and secure server that can host large numbers of users and disks, support remote access, and provide web service, mail service, and other key parts of the Internet infrastructure. The book provides in-depth information on installation and updates, back-ups, printers, RAID, various Internet services, firewalls, the graphical X Window system, and much more. Author Greg Lehey is a member of the FreeBSD core team and has been developing, documenting, and advocating for FreeBSD for nearly ten years. Whether you're an experienced Unix user or just interested in learning more about this free operating system and how you can put it to work for you, this do-it-yourself BSD documentation will provide the information you need. The Complete FreeBSD is the second release in the O'Reilly Community Press Series. Unlike classic O'Reilly animal books, which are created to fill an information void, the Community Press titles provide convenient printed copies of documentation that is already available online. O'Reilly's role in the series is limited to providing manufacturing and distribution services rather than editorial development, so that each Community Press title reflects the editorial voice and organization of the community that has created it.