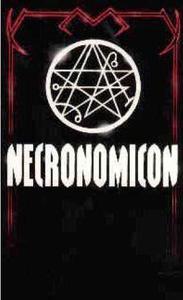 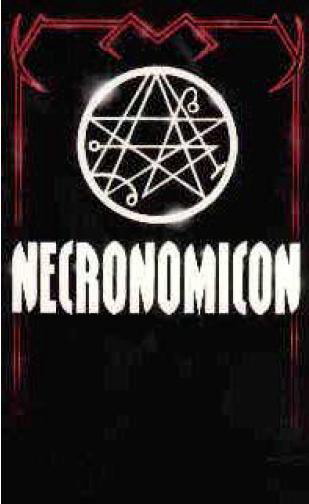 The NECRONOMICON, is according to Lovecraft's tales, a volume written in Damascus
in the Eighth Century, A.D., by a person called the "Mad Arab", Abdhul Alhazred. It
must run roughly 800 pages in length, as there is a reference in one of the stories
concerning some lacunae on a page in the 700's It had been copied and reprinted in
various languages - the story goes - among them Latin, Greek and English. Doctor Dee,
the Magus of Elizabethan fame, was supposed to have possessed a copy and translated it.
This book, according to the mythos, contains the formulae for evoking incredible things
into visible appearance, beings and monsters which dwell in the Abyss, and Outer Space,
of the human psyche.
Such books have existed in fact, and do exist. Idries Shah tells us of a search he
conducted for a copy of the Book of Power by the Arab magician Abdul-Kadir (see: The
Secret Lore of Magic by Shah), of which only one copy was ever found. The Keys of
Solomon had a similar reputation, as did The Magus by Barret, until all of these works
were eventually reprinted in the last fifteen years or so. The Golden Dawn, a famous
British and American Occult lodge of the turn of the Century, was said to have possessed
a manuscript called "the Veils of Negative Existence" by another Arab.