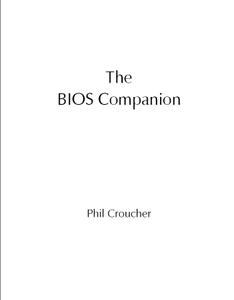 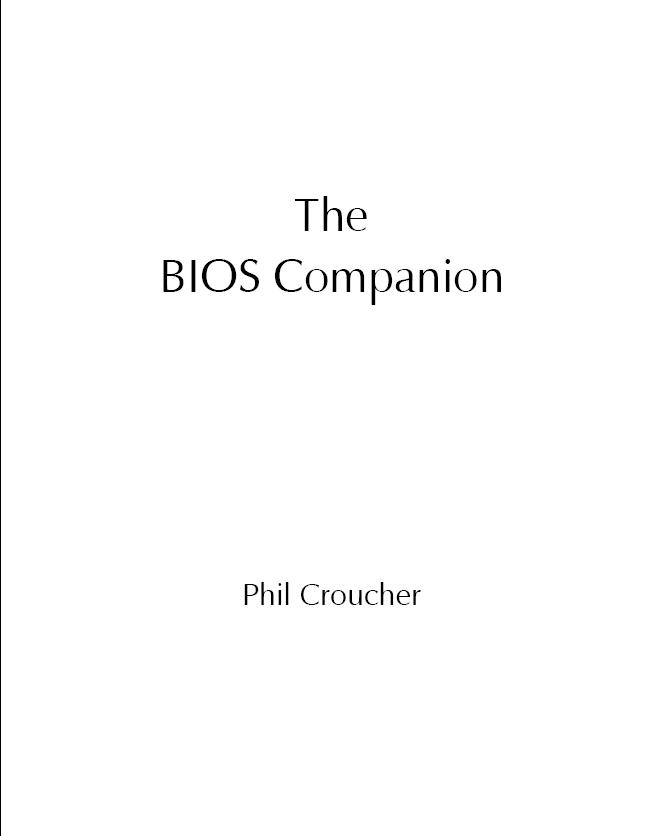 The instructions that turn a PC into a useful machine come in three stages, starting
with application programs, which are loaded by an operating system, which in turn is
loaded by a bootstrap loader in the BIOS (the Basic Input/Output System). There are
several in a PC, a good example being the one on the video card that controls the
interface between it and the computer. However, we are concerned with the System BIOS,
which is a collection of assembly language routines that allow programs and the components
of a PC to communicate with each other at low level. It therefore works in two directions at
once and is active all the time your computer is switched on. In this way, software doesn't
have to talk to a device directly, but can call a BIOS routine instead. However, the BIOS is
quite an Achilles Heel and can produce many incompatibilities, so these days it is often
bypassed by 32-bit software (DOS relied on it totally) - some functions have migrated to the
operating system, starting with Power Management (see ACPI), but NT and W2K have long
been replacing BIOS Code with their own Hardware Abstraction Layer (HAL) in the Shadowed
ROM area traditionally used by the BIOS after the machine has started.