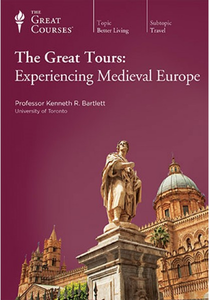 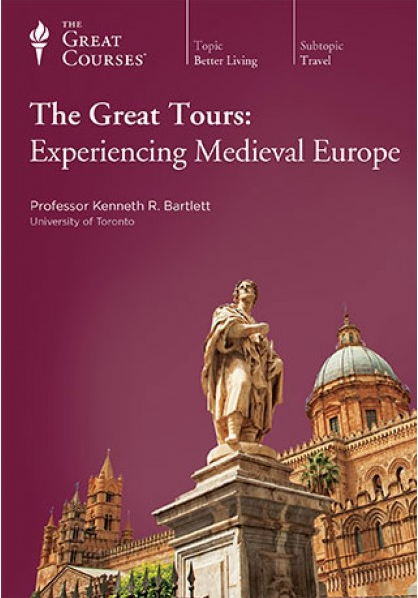 Travel to the mystery, drama, and splendor of the Middle Ages—to the times of great royal dynasties, intrepid knights, religious passions, merchant empires, and towering art … Tucked away within the romantic landscapes of Europe, a remarkable range of beautifully preserved medieval cities and towns invites discovery—time capsules of history where you can stroll the cobbled streets of another time; savor the treasures of palaces, stately mansions, soaring cathedrals, and grand civic centers; and walk the mighty bastions and ramparts that once defended them.

In this extraordinary cultural adventure, you’ll visit unforgettable places such as

Mdina, on the palatial island stronghold of the legendary Knights of Malta;
Bruges, lovingly preserved, and one of the world’s most hauntingly beautiful cities;
Palermo, home of stunning medieval palaces and ecclesiastical architecture;
Prague, a magical blending of the medieval, Renaissance, and Baroque, and one of the jewels of European civilization; and
Avignon, the resplendent 14th-century seat of the papacy.

Astonishing in their preservation and historical authenticity, these open-air museums offer one of the world’s great cultural travel experiences, revealing not only the culture, rich history, and daily realities of medieval life, but the ways in which the medieval city contributed to so many aspects of our contemporary world.

From our very conception of beauty and our models of art and architecture to the tensions between the commercial and political, the secular and spiritual—the medieval city speaks compellingly to all of these and more. As keys to our civilization, the sites you’ll visit bear witness to numerous pivotal moments in Western history, even as they illuminate our culture, religious traditions, political and economic systems, art, and science.

To know these places and to delve into their unique treasures is to deepen your insight into the Western mind and worldview, to uncover some of the greatest creations of human culture, and to enjoy the remarkable richness of one of history’s most fascinating eras.

Now, in The Great Tours: Experiencing Medieval Europe, award-winning Professor Kenneth R. Bartlett of the University of Toronto invites you to travel through time to the golden ages of 12 of Europe’s most beautiful medieval cities. In 24 lectures that use extensive location footage, you’ll discover the sights, sounds, and smells of teeming markets and mercantile centers, royal feasts and ritual, dramatic military engagements, magnificent religious pageantry, and the many colorful layers of daily medieval life.

Highlighting in-depth exploration of the architectural and artistic gems of these great cities, these visually sumptuous lectures bring medieval Europe alive in rich detail through the perspective of an expert historian with a deep and seasoned knowledge of the 12 sites.

Wonders of a Dramatic and Tumultuous Era

Going far beyond any conventional travelogue, you’ll look not only at the “what” of the locations visited, but at the “why” and “how”—why they were built, how they were used, and how they fit into the larger picture of medieval culture of the city, the country, and the time itself.

Your journey includes these magnificent sites:

York: Walk into the middle ages in this living museum and wander the “ginnels” (medieval passageways), the streets of the butchers and printers, and visit the Merchant Adventurers’ Hall with its vivid view into the life of the wealthy mercantile class.
Barcelona: Delve into Barcelona’s turbulent past and its era as a great maritime power as you explore the Royal Palace complex and stroll the arched lanes and squares of the city’s beautifully preserved medieval center.
Carcassonne: Discover the dreamlike beauty of this fortified citadel and the brilliant engineering of its defenses, and trace the dramatic history that unfolded in the great cathedral of St. Nazaire, the Inquisition Tower, and the monumental Castle of the Counts.
Dubrovnik: Savor Dubrovnik’s breathtaking setting on the Adriatic and its architectural majesty, and learn about its singular system of enlightened government, reflected in the Rector’s palace, merchants’ hospice, and 15th-century orphanage.
Kraków: In one of Europe’s most enchanting cities, walk the ceremonial route of Polish kings, from the Wawel Royal Castle to the largest medieval square in Europe, and trace Kraków’s long history of foreign domination and ultimate survival.
Siena: Grasp the deep significance of Siena’s ritual horse race, the palio, a direct survival of medieval times, and explore the city’s great fortress-palaces, superb civic buildings, and artworks that number among the marvels of Europe.

Step into a Vanished Age

Aided by detailed footage of each site, Professor Bartlett reveals striking details of life as it was lived centuries ago:

Stand on the site where Christopher Columbus unveiled the riches of the New World before Spanish royalty.
Experience the evocative sounds of cathedral bells, carillons, clock towers, and monastic chant.
Soak in the medieval atmosphere of the winding Moorish streets of Mdina.
Explore Siena’s subterranean water system, dating to the Middle Ages and still in use today.
Visit a home for the elderly that has operated for 850 years, lace-making workshops practicing traditions from the 15th century, and a monastery pharmacy that has functioned continuously since 1317.

A Medieval Tapestry of Art and History

At the heart of this journey, you’ll explore the masterworks of medieval architecture and art, and the ineffable beauties of historic cityscapes. In the Norman cathedral of Palermo, you’ll study the vast cycle of biblical mosaics that comprise one of Europe’s greatest treasures. Among the splendors of Prague, you’ll walk the royal road to the majestic courts and regal interiors of Hradcany Castle. You’ll enjoy some of the greatest examples of medieval sculpture—by Donatello, Peruzzi, and Pisano—in the Duomoof Siena, a building where even the polychrome marble floor is a phenomenal work of art.

For each site, you’ll study defining historical events as you visit the very places where they unfolded. On Malta, you’ll relive the Great Siege of 1565, where the invading Ottomans mounted the largest military force assembled since ancient times. In Avignon, your visit to the opulent Palace of the Popes conjures magnificent papal banquets, coronations, and lavish religious ritual. In Bruges, you’ll envision the great wedding ceremony of Margaret of York to Charles the Bold, with its royal pageantry, wine-spouting fountains, and tournament of dazzlingly arrayed knights.

Along the way, you’ll learn where to drink Spanish cava, enjoy fine French provincial food, and taste arrancini, a Sicilian treat dating from the 10th century.

In The Great Tours: Experiencing Medieval Europe, you’ll discover the many rich and layered survivals of medieval life that are still there to see, touch, hear, and enjoy. Take this incomparable journey and experience the glorious legacy of culture, architecture, and art that connects us so deeply to a seminal epoch. 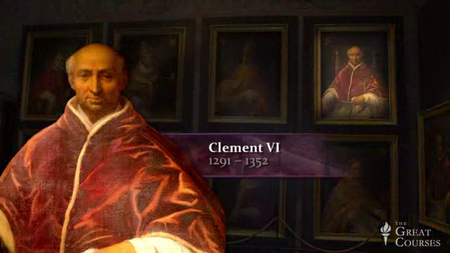 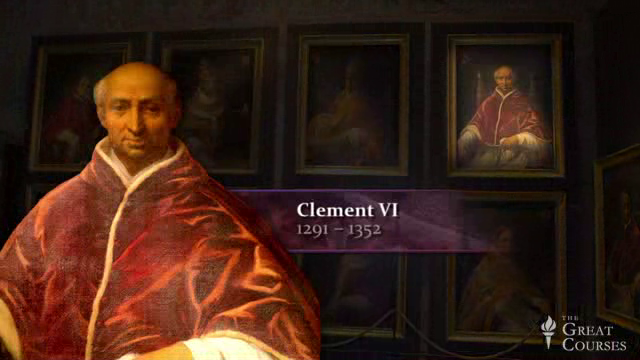 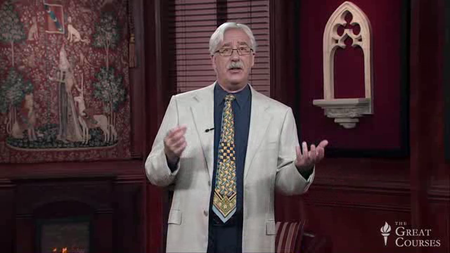 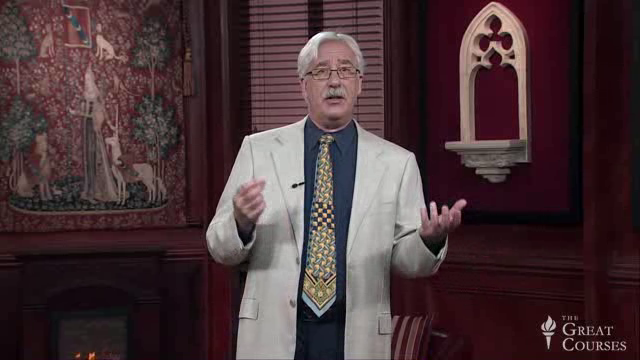 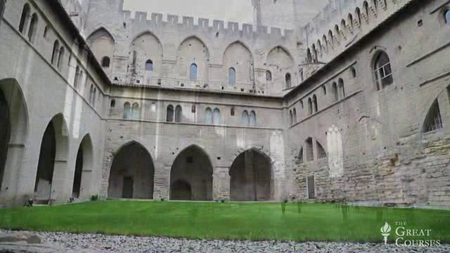 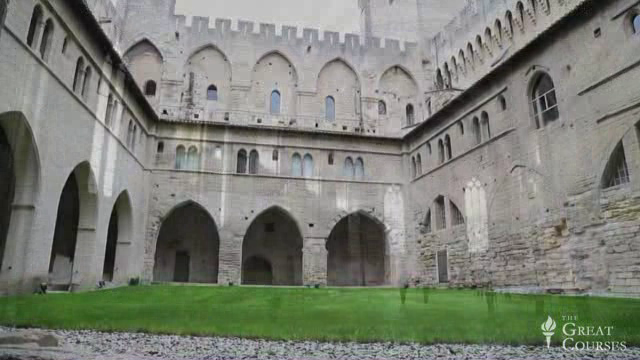 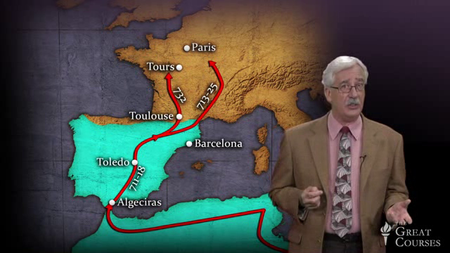 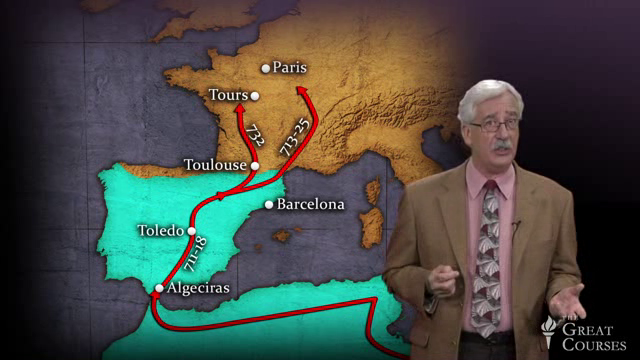 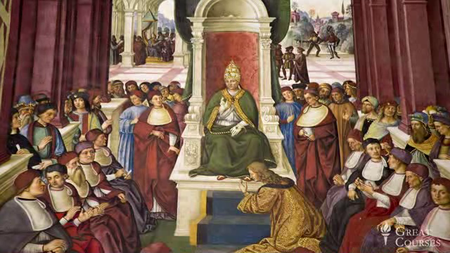 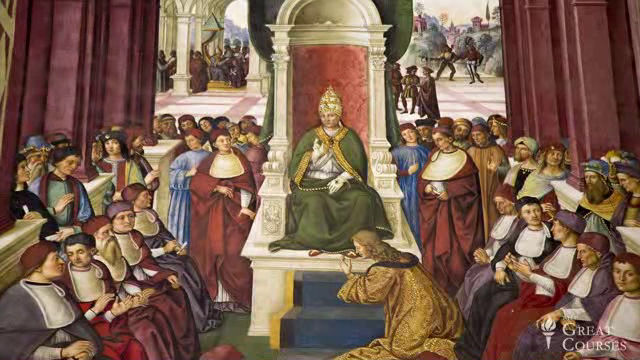 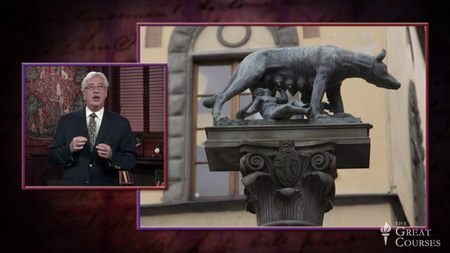 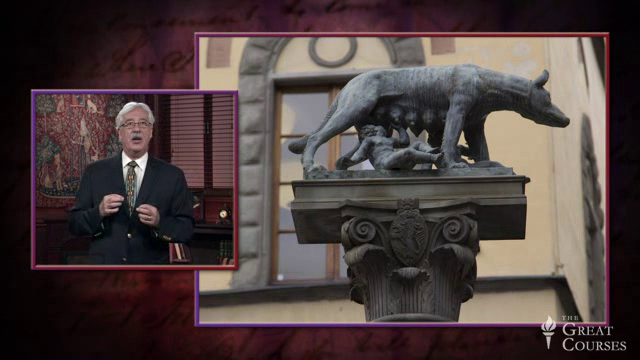