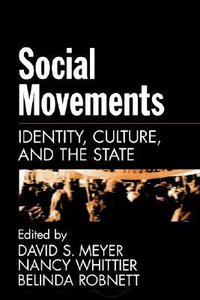 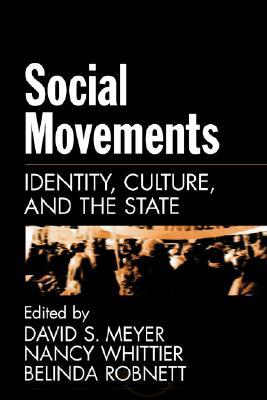 Why do social movements take the forms they do? How do activists' efforts and beliefs interact with the cultural and political contexts in which they work? Why do activists take particular strategic paths, and how do their strategies affect the course and impact of the movement? Social Movements aims to bridge the gap between "political opportunities" theorists who look at the circumstances and effects of social movement efforts and "collective identity theorists" who focus on the reconstruction of meaning and identity through collective action. The volume brings together scholars from a variety of perspectives to consider the intersections of opportunities and identities, structures and cultures, in social movements. Representing a new generation of social movement theory, the contributors build bridges between political opportunities and collective identity paradigms, between analyses of movements' internal dynamics and their external contexts, between approaches that emphasize structure and those that emphasize culture. They cover a wide range of case studies from both the U.S. and Western Europe as well as from less developed countries. Movements include feminist organizing in the U.S. and India, lesbian/gay movements, revolutionary movements in Burma, the Philippines, and Indonesia, labor campaigns in England and South Africa, civil rights movements, community organizing, political party organizing in Canada, student movements of the left and right, and the Religious Right. Many chapters also pay explicit attention to the dynamics of gender, race, and class in social movements. Combining a variety of perspectives on a wide range of topics, the contributors' synthetic approach shifts the field of social movements forward in important new directions.
Download: Uploading