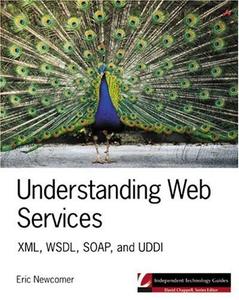 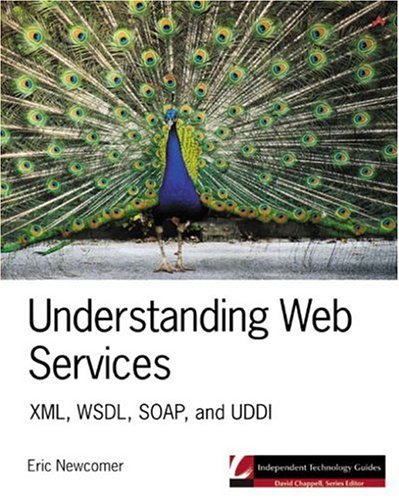 Understanding Web Services: XML, WSDL, SOAP, and UDDI
ISBN: 0201750813
Author: Eric Newcomer
Publisher: Addison-Wesley Professional
Edition: 1st edition (May 13, 2002)
Language: English
Paperback: 368 pages
URL: /http://www.amazon.com/exec/obidos/ASIN/0201750813
Summary:
Web services, the new way of stitching data and processing resources together to form elaborate, distributed applications, aren't like other software systems. They differ even from other architectures for distributed applications. In his fantastic Understanding Web Services, Eric Newcomer helps his readers figure out what Web services are all about. This book is better than any other book out there in helping readers come to grips with the terms, technologies, behaviors, and design requirements that define the Web services universe. It's remarkably light on code–Newcomer's logic appears to be that you should dig into the details of implementation only after you thoroughly understand the design concepts–and emphasizes definition and exposition of SOAP, UDDI, WSDL, and ebXML.
Newcomer's work looks and reads almost like a notebook, with succinct statements in the margin (for instance, "SOAP processors first have to check the mustUnderstand attribute, if any"), adjacent to paragraphs that go into greater depth. He's careful to call attention to differences among the relevant standards documents, and points out differences among implementations. Graphical learners may wish for more conceptual diagrams, as there aren't a lot of them here. Newcomer's prose is brilliant, though, and it's pretty easy to determine what he means. Perhaps best of all, Newcomer isn't cheap with his opinions and forecasts. It's helpful to read his informed feelings and predictions. –David Wall


Here's a list of all my other book links posted here @ AvaxHome: