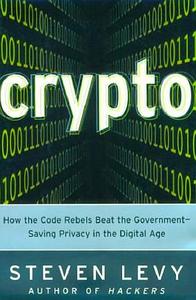 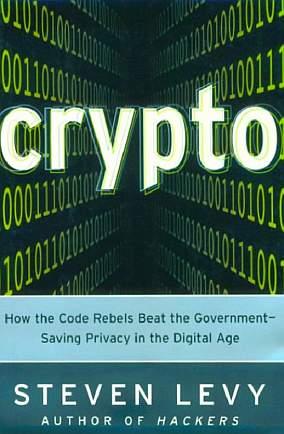 CRYPTO: How the Code Rebels Beat the Government Saving Privacy in the Digital Age
by Steven Levy
PDF, 400+ pages, 2 megabytes

The author of the 1994 bestseller HACKERS reveals how a group of men developed methods for encrypting digital transmissions for use in the private sector. As the digital age was dawning in the late 1970s, a major stumbling block to delivering information and conducting transactions … was the lack of security … (even though the National Security Agency had acres of computers dedicated to protecting government secrets …). Widely available systems only began to emerge …began to devote their considerable mind power to the issue. After a slow start, Levy's story steadily builds momentum as the crypto pioneers do battle with the NSA, look for ways to commercialize their discoveries and fight for the federal government's approval of the strongest encryption methods. The chief technology writer for Newsweek, Levy locates the heart of the matter in the struggle to balance the need for the most effective encryption possible with the government's need to decode messages that might endanger national security.