Posted By: Alexpal
At request. Reupload. Link was deleted. 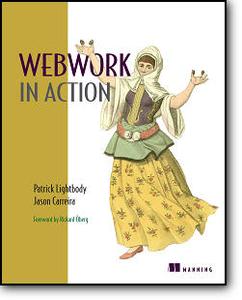 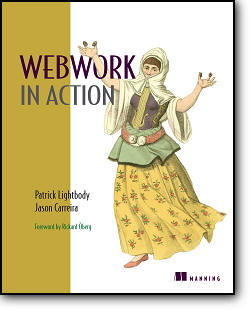 WebWork helps developers build well-designed applications quickly by creating re-usable, modular, web-based applications. WebWork in Action is the first book to focus entirely on WebWork. Like a true "Action" book, it is both a tutorial on WebWork and a sourcebook for its use in demanding, real-world applications. The book goes into considerable depth on how to get desirable web features with WebWork. It uses the same basic (continuing) example as in Manning's Hibernate in Action to show how to integrate WebWork with the popular Hibernate persistance framework.

Although Java was (correctly) touted as the next big programming language, it wasn't until the introduction of J2EE and Servlets that its use really took off. Yet, in spite of the huge popularity of JSPs and Servlets, it was never easy for developers to quickly create re-usable, modular web-based applications. Not long after the introduction of JSPs, WebWork sought to solve those very problems and has been helping thousands of developers ever since. WebWork is a web-application framework used by people who understand that somewhere been "just get it done, no matter how ugly" and "make it perfect" lies their best choice. WebWork helps developers build applications quickly, but its unique design also lets developers build beautifully-designed applications.