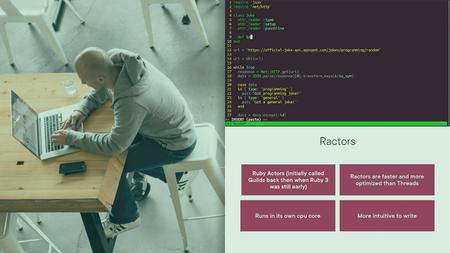 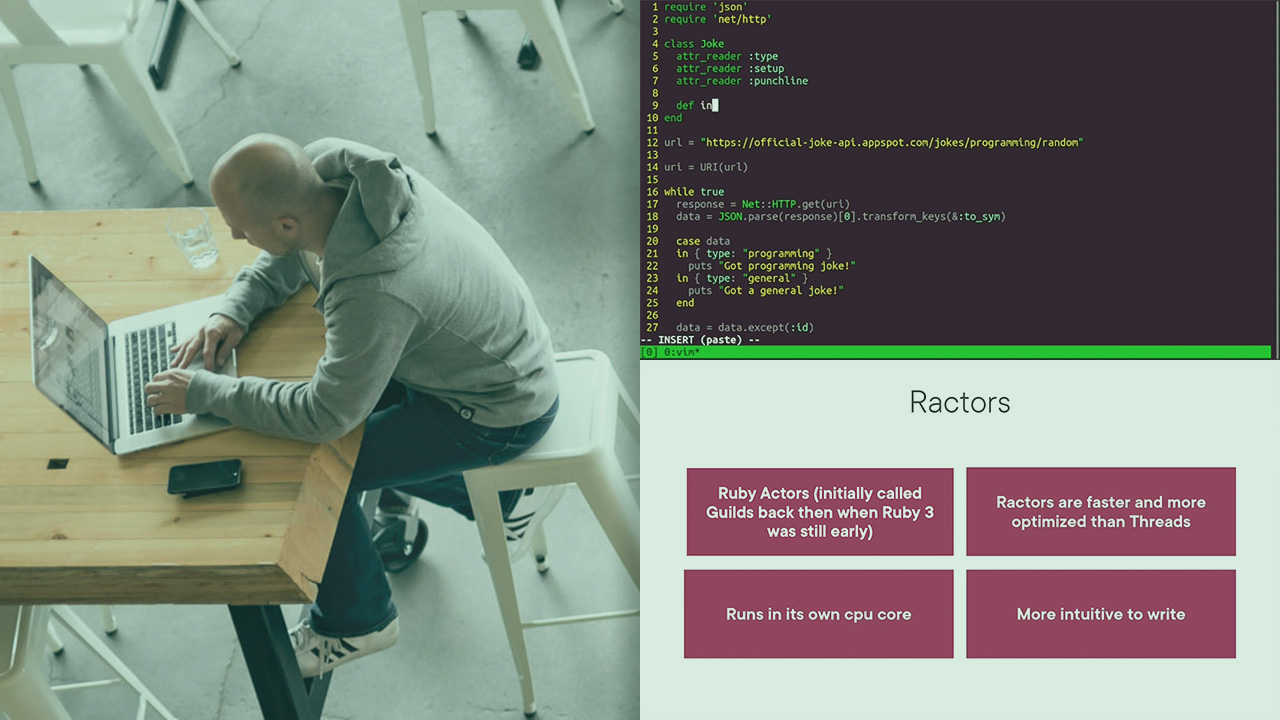 This course will teach you what the new features of Ruby 3 is by applying it towards building a very simple app that is concurrent, type safe, and memory efficient; the 3 biggest improvements in this new major release.
It is important to know why Ruby 3 is such an important release and the issues that it addresses over Ruby 2 and programming in general. In this course, What’s New in Ruby 3, you’ll learn to apply the three main improvements in Ruby 3 by building an app that showcases these improvements. First, you’ll explore Ruby 3’s concurrency model and how it allows parallel execution of processes that can easily be managed in your app. Next, you’ll discover static analysis to ensure that data that is being passed around your app is the correct data type thus minimizing the risk of mutating values; a downside that has plagued scripting languages such as Ruby for generations. Finally, you’ll learn how to be more efficient memory wise and programming wise by taking a look at new utility methods to make displaying information more elegant in terms of writing the logic behind it. When you’re finished with this course, you’ll have the skills and knowledge of Ruby 3’s new features needed to develop more stable, concurrent and modern applications.