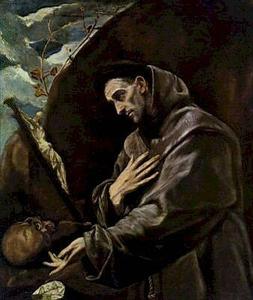 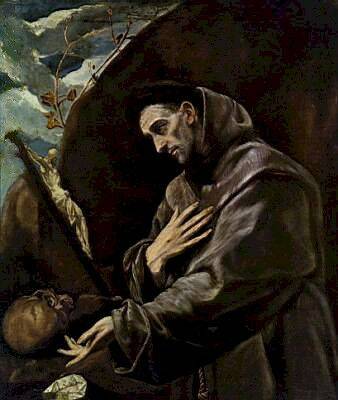 Professor Cook teaches courses in medieval, Renaissance, and Reformation history as well as the history of the Bible and of Christianity. His books include Images of St. Francis of Assisi and Francis of Assisi: The Way of Poverty and Humility.

Professor Cook received the Chancellor’s Award for Excellence in Teaching in 1974. In 1992, the Council for the Advancement and Support of Education named him New York State’s Professor of the Year.

Professor Cook and Professor Ronald B. Herzman have been collaborating intensively since 1973 when they team-taught a course at SUNY-Geneseo called "The Age of Chaucer." Subsequent courses included "The Age of Dante" and "The Age of Francis of Assisi." Both prolific writers in their own right, together they have published The Medieval World View with the Oxford University Press, currently in its second edition. In 2003, Professors Cook and Herzman were presented with the Medieval Academy of America’s first-ever CARA Award for Excellence in Teaching Medieval Studies.


When Francis of Assisi died at the age of 44 in 1226, he left behind nothing of what the world esteems as wealth.

Yet if one counts as riches the fruits of the spirit and of a humble and a contrite heart, he was wealthy beyond all measure, and left behind a legacy that survives, thrives, and changes lives right into our own day.

These lectures by the veteran teaching team of Professors William R. Cook and Ronald B. Herzman will give you a rounded, fully informed introduction to this luminous man, and tell the story of how his influence has glowed across the centuries.
"Rebuild My House"

Francis—who was never ordained and never held an official position—is probably the best known and most depicted Christian saint after Mary, the mother of Jesus. He began his ministry with a few companions who joined him in preaching the Gospel, carrying out simple acts of charity for lepers and other marginalized people, and rebuilding neglected local churches.

By the time of his death there were thousands of people—lay and clerical, male and female—all across Europe dedicated to living "Franciscan" lives of humble service to God and neighbor. Within a few centuries, Franciscans would be found from New Mexico to Beijing.
A Message for Everyone

Francis is both one of the most beloved Catholic saints and a figure whose message and appeal transcend all denominational and religious boundaries.

The modern thinkers who have taken inspiration from him include the English Catholic convert G. K. Chesterton, the Greek novelist Nikos Kazantzakis, the German author Herman Hesse, and the African-American intellectual W.E.B. DuBois, who offered Francis as a model to black high-school graduates in 1907.

Francis has been the subject of some of the greatest art in the Western tradition and remains a topic of active scholarly research. Yet he is also a favorite for backyard shrines and key chains, and is the star of a big-selling Marvel comic book. (It's called Francis, Brother of the Universe. Its author is a Franciscan friar, and it has sold a half million copies in English and Spanish.)

Cities and soup kitchens bear Francis's name. Some people think of him primarily as a nature lover. Others detect the influence of his mystical awareness on the poetic genius of Dante and the paintings of Giotto.

And when Pope John Paul II decided to convene a prayer meeting of world religious leaders in 1986, where else could he have held it but in Assisi?
Saint Francis Today

"Francis of Assisi is perhaps best known today as a lover of nature, and indeed his relationship with all creatures is an important part of his legacy. Yet he was more than a man who preached to birds and petted wolves. Francis recaptured a part of the biblical view of creation that had been downplayed at least in part because in the Middle Ages untamed nature so often seemed more an enemy than something to embrace.

"In a hierarchical world in which those at the top were often prideful and in an emerging world of commerce in which the winners' were avaricious, Francis practiced humility and poverty.

"In an increasingly complex world that loved subtlety and argumentation, Francis practiced simplicity.

"Perhaps observing how he lived in 13th-century Italy can be at least a partial guide for living today. Francis's embrace of the outcasts of his society, especially lepers, is certainly relevant in a world that contains so many marginalized people.

"And Francis's joy, which was never smothered by his own physical ills and failures, is a model especially to those who find themselves overcome by the world's problems and our failure to solve them.

"Thus, Francis remains as fascinating and inspiring a figure today as he was 800 years ago."
Knowing Saint Francis

Despite his continuing influence and the fairly ample writings about him that date from his own time, Francis remains somewhat elusive in history. It is not easy to meet the man who, at about the age of 25, renounced his family and inheritance in order to serve his God in poverty, simplicity, and obedience.

Yet Cook and Herzman, with their mastery of history, theology, art, and literature, expertly unlock the two types of sources that are the most revealing and plentiful—written narratives of Francis's life and the images created for Franciscan churches.

Professors Cook and Herzman have included much on the world around Francis as well as on the artworks, the ministries, and the religious communities that he inspired.

But through it all shines their deeply human sense of the man himself and what he stood for—things which, they argue, are needed as much today as ever they were when Francis trod the byways of Italy to show what it means to live life to the full in faith, hope, and love.