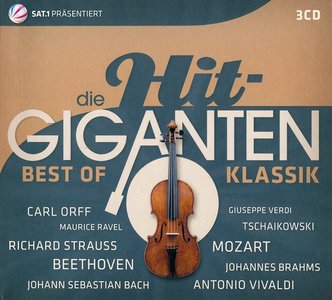 ~ The Best of Classical music from the German pop compilation series. ~ 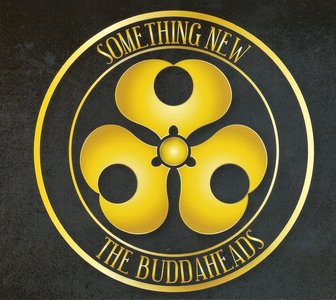 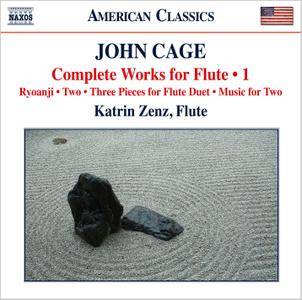 Katrin Zenz - John Cage: Ryoanji; Two; Three Pieces for Flute Duet; Music for Two (2015)
EAC | FLAC | Image (Cue&Log) ~ 229 Mb | Mp3 (CBR320) ~ 158 Mb | Scans included
Classical, Contemporary, Avant-Garde | Label: Naxos | # 8.559773 | Time: 01:02:50
This first volume of John Cage’s complete works for flute spans a fifty year period, from the Three Pieces for Flute Duet of 1935—deft studies in chromatic writing—to the 1984 Ryoanji, which involves the use of pre-recorded flutes and percussion with resultant diverse and intricate textures. Two is the first of Cage’s important ‘number’ series and is edgily ruminative, while Music for Two, written for any combination of the 17 different instrumental ‘parts without scores’ provided by the composer, is heard in an arrangement described by Katrin Zenz as a ‘new piece for flute and piano’.
Katrin Zenz John Cage Classical Contemporary Avant-Garde Flute
Details 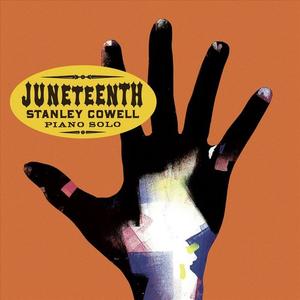 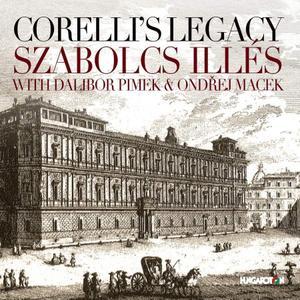 Even three centuries after his death, Arcangelo Corelli remains a well-known composer. His students who knew him and could hand his style down first hand, however, have not stood the test of time as well. On this recording, a sonata by the Master is featured. In addition, three compositions have been selected from the excellent violinists who studied under Corelli. Aside from the Corelli sonata, the other works are world premiere recordings. Artists are Szabolcs Illes (baroque violin), Dalibor Pimek (baroque cello), and Ondrej Macek (harpsichord). 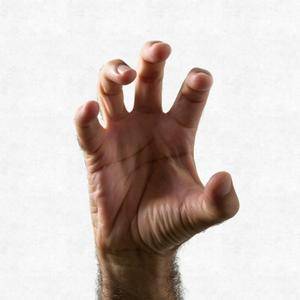 Second chapter of OTEME’s discographic saga, the new CD L'Agguato, L'Abbandono, Il Mutamento moves oblique on the edge between contemporary music and song-writing, art-rock and sound-art, scores written rigorously and free improvising. The work, deeply contaminated by different cultural disciplines and experiences contains a history of nearly 25 years. This is certainly the time spent writing lyrics, composing the music, arranging and recording the pieces. OTEME – Osservatorio delle Terre Emerse (The Observatory of Dry Lands) is a musical project / chamber ensemble whose size and composition change according to the music being executed and the language chosen. 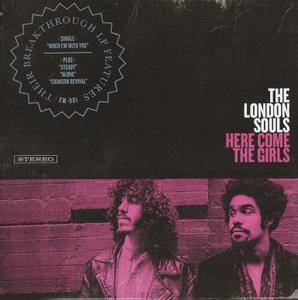 The London Souls album ‘Here Come The Girls’ captures the seismic, raw rock & roll and prowess that’s landed them on stages with The Roots and Trombone Shorty, combined with sophisticated studio flourishes yielding psychedelia-kissed power pop a la ‘Revolver’ and Big Star. Guitarist/singer Tash Neal and drummer/singer Chris St. Hilaire recorded every instrument on the album and it was produced by Eric Krasno of Soulive/Lettuce. This is the debut release on Krasno’s Feel Music label, to be released in conjunction with its partner label Round Hill. 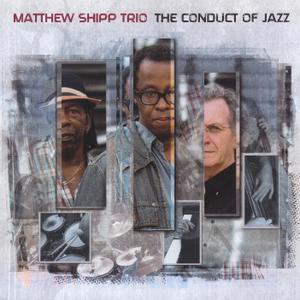 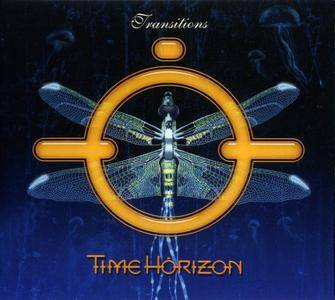 US band Time Horizon was formed sometime after musicians Ralph Otteson and Bruce Gaetke started working on a project together back in 2004. At some point they had their own band-project going, and in 2011 they released their debut album "Living Water". "Transitions" is their sophomore effort, jointly released by the band's own label Angelic Noise Records and the US label Melodic Revolution Records. The band has spent the last four years writing and recording “Transitions” their follow up to the highly praised debut album. The band has also gone through some personal changes during the writing and recording process thus the meaning behind the name of the new album Transitions. The album also features some very special guest by members of Yes, Michael W. Smith, Glass Hammer and Proto-Kaw. 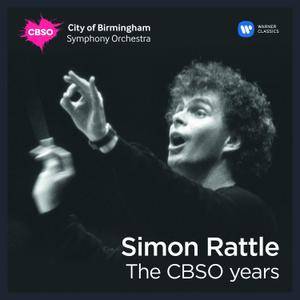 Between 1980 and 1998 Simon Rattle conducted no less than 934 concerts with the CBSO. Together they performed works by many 20th-century composers, as well as established favourites, and gave a total of 16 world premieres. Rattle also made 69 recordings for EMI with the orchestra. This box brings together that recorded legacy, which includes pieces by composers pivotal to his work, such as Mahler, Sibelius and Szymanowski, as well as some of the new compositions he championed — Nicholas Maw’s Odyssy, Mark Anthony Turnage’s Momentum, Three Screaming Popes and Drowned Out, and Thomas Adès’ Asyla. 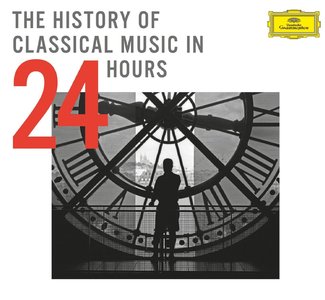 Created from the legendary Deutsche Grammophon Catalogue, The History of Classical Music in 24 Hours is a collection that can spark a life-long interest in classical music. Thematically arranged on 24 discs, The History weaves its way from Medieval Music to Minimalism, with many stops along the way: The Renaissance, Baroque (vocal and instrumental), the great Concertos, the Rise of the Virtuoso, a three disc focus on opera and more.

Created from the legendary Deutsche Grammophon Catalogue, The History of Classical Music in 24 Hours is a collection that can spark a life-long interest in classical music. Thematically arranged on 24 discs, The History weaves its way from Medieval Music to Minimalism, with many stops along the way: The Renaissance, Baroque (vocal and instrumental), the great Concertos, the Rise of the Virtuoso, a three disc focus on opera and more. 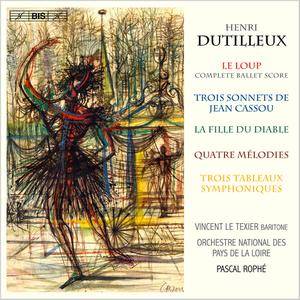 Henri Dutilleux: Le Loup; Trois Sonnets; La Fille du Diable; Quatre Mélodies; Trois Tableaux (2015)
Orchestre National des Pays de la Loire; Pascal Rophé, conductor; Vincent Le Texier, baritone
EAC | FLAC | Image (Cue&Log) ~ 312 Mb | Mp3 (CBR320) ~ 174 Mb | Scans included
Genre: Classical | Label: BIS | # BIS-SACD-1651 | Time: 01:14:20
The name of Henri Dutilleux (1916–2013) is associated above all with orchestral music. His international reputation originated with the Second Symphony, ‘Le Double’ (premièred in 1959) and was confirmed by works such as Métaboles and the cello concerto Tout un monde lointain… But what about before that? In the centennial year of the composer's birth, the Orchestre National des Pays de la Loire and Pascal Rophé present a programme which focusses on works composed before 1954, and offers the opportunity to discover a less familiar but by no means negligible side of Dutilleux's creative activity: songs and music for the theatre and film. Several of the works on this disc are recorded for the first time in these versions, or indeed at all. Performed by the French baritone Vincent Le Texier, Éloignez-vous – one of the Cassou settings – and Quatre Mélodies appear for the first time on disc in the version for orchestra. The complete score of the ballet Le Loup only exists in a recording made in 1954, while the Trois Tableaux symphoniques – originally composed as incidental music for a stage adaptation of Wuthering Heights – and the extracts from the film score La Fille du Diable are here made available on CD for the first time.
Henri Dutilleux Pascal Rophé Classical
Details 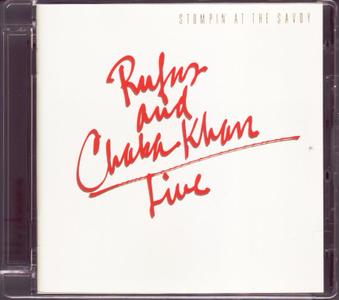 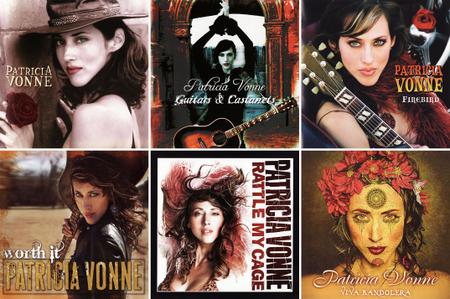 Patricia Vonne - Albums Collection 2003-2015 (6CD)
EAC | FLAC | Image (Cue&Log) ~ 1.86 Gb | Mp3 (CBR320) ~ 667 Mb | Scans included
Folk-Rock, Country-Rock, Latin Rock, Tex-Mex, Roots, Country | Time: 04:25:02
Patricia Vonne (née Rodriguez) is an American singer and actress. A native of San Antonio, Texas, Vonne moved to New York City in 1990-2001 to pursue her artistic ambitions. She worked extensively in Europe and America and was featured in the film Sin City as Dallas (aka Zorro Girl) & national/international commercials, and film work. She formed her own musical band, which performed on the New York circuit from 1998-2001. She then relocated to her native Texas where she currently tours extensively in the U.S., Mexico and Europe. She toured as a member of Tito & Tarantula, the band featured in the film From Dusk Till Dawn in 2002. Her song, "Traeme Paz", was featured in the film Once Upon a Time in Mexico. Her song "Mudpies and Gasoline" is featured in the Quentin Tarantino presented film Hell Ride. She is the sister of Angela Lanza, Marcel Rodriguez and Robert Rodriguez. Collection includes: Patricia Vonne (2003); Guitars And Castanets (2005); Firebird (2007); Worth It (2010); Rattle My Cage (2013); Viva Bandolera (2015).
Patricia Vonne Collection Folk-Rock Country-Rock Latin Rock Tex-Mex Roots Country Chicano Rock Folk Latin
Details
Publication archive