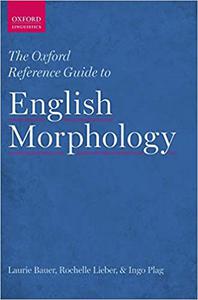 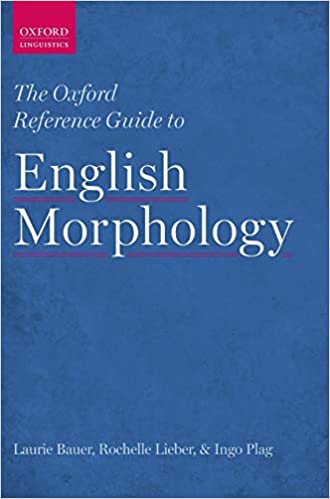 Laurie Bauer, "The Oxford Reference Guide to English Morphology"
English | ISBN: 0199579261 | 2013 | 702 pages | PDF | 6 MB
This book presents a comprehensive, data-rich, theory-neutral description of English word formation, including inflection and derivation, compounding, conversion, and such minor processes as subtractive morphology. It also offers analyses of the theoretical challenges these phenomena present.
It is the first to make systematic use of large linguistic corpora, including the Corpus of Contemporary American English, the British National Corpus, and the American National Corpus by which, for example, the authors are able to measure the productivity of different patterns and to trace semantic
developments as they happen.

After setting out their methodology and theoretical assumptions, the authors describe word formation and inflection in contemporary English. They give equal weight to form and meaning and cover nominalizations, agentive forms, comparatives, root and synthetic compounds, as well as more recondite
topics such as the abstract noun-forming suffixes -hood, -dom, and -ship, neoclassical compounds, and the morphology of numbers. They examine the relations between orthography and phonological form. While their focus is on contemporary morphology, they trace the history of phenomena wherever doing
so helps to understand and explain current form and function. The final part of the book shows how the data assembled within it bear on current theoretical issues and reveal new lines of research. This outstanding book will interest all scholars and students of English and of linguistic morphology
more generally.