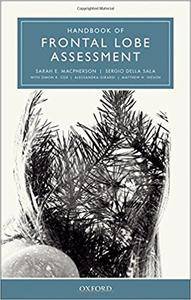 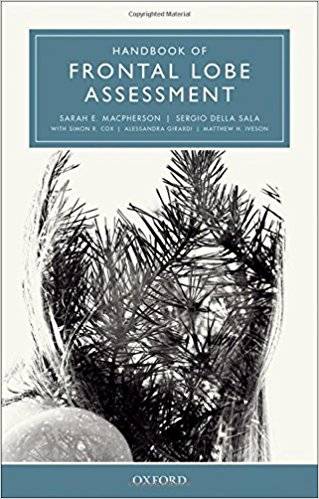 Sarah E. MacPherson and Sergio Della Sala, "Handbook of Frontal Lobe Assessment"
English | ISBN: 019966952X | 2015 | 448 pages | PDF | 11 MB
There are several tests used in clinical practice and research worldwide that have been devised to assess the functions subsumed by the frontal lobes of the brain. Anatomical localisation has revealed that the frontal lobes can be divided into sub-regions with different functional domains. As a result, a number of authors working in the frontal lobe literature have made a case for patients with frontal lobe damage to be considered in their distinct subgroups, rather than considered together in one unitary group. As a result, it is important for clinicians and researchers to be made aware of the functions assessed by individual frontal tests and understand which frontal regions might be impaired in their patient groups, as patients with damage to one of these regions will perform poorly on tasks tapping that region yet may perform well on tasks tapping the unaffected regions within the frontal lobes.

The 'Handbook of Frontal Lobe Assessment' provides a critical review and appraisal of both the neuropsychological and experimental tests that have been devised to assess frontal lobe functions. It includes many tests that have not been included in previously published neuropsychological compendia. Throughout, the book discusses the available frontal tests in relation to patient and lesion data, neuroimaging data and aging data in order to offer clinicians and researchers the opportunity to choose the best assessment instrument for their purpose.