Religions of the Constantinian Empire (repost)

Religions of the Constantinian Empire (repost) 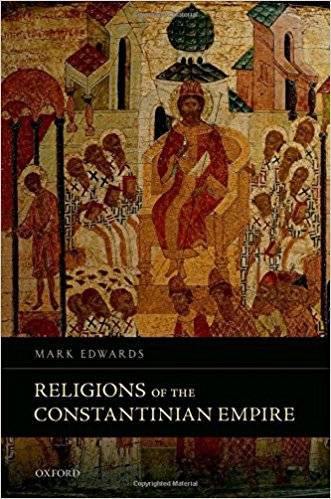 Mark Edwards, "Religions of the Constantinian Empire"
2016 | ISBN-10: 0199687722 | 376 pages | PDF | 2 MB
Religions of the Constantinian Empire provides a synoptic review of Constantine's relation to all the cultic and theological traditions of the Empire during the period from his seizure of power in the west in 306 CE to the end of his reign as autocrat of both east and west in 337 CE. Divided into three parts, the first considers the efforts of Christians to construct their own philosophy, and their own patterns of the philosophic life, in opposition to Platonism. The second assembles evidence of survival, variation or decay in religious practices which were never compulsory under Roman law. The "religious plurality" of the second section includes those cults which are represented as demonic burlesques of the sacraments by Firmicus Maternus. The third reviews the changes, both within the church and in the public sphere, which were undeniably prompted by the accession of a Christian monarch. In this section on "Christian polyphony," Mark Edwards expertly moves on from this deliberate petrifaction of Judaism to the profound shift in relations between the church and the civic cult that followed the Emperor's choice of a new divine protector.

The material in the first section will be most familiar to the historian of philosophy, that of the second to the historian of religion, and that of the third to the theologian. All three sections make reference to such factors as the persecution under Diocletian, the so-called "edict of Milan,"the subsequent legislation of Constantine, and the summoning of the council of Nicaea. Edwards does not maintain, however, that the religious and philosophical innovations of this period were mere by-products of political revolution; indeed, he often highlights that Christianity was more revolutionary in its expectations than any sovereign could afford to be in his acts.This authoritative study provides a comprehensive reference work for those studying the ecclesiastical and theological developments and controversies of the fourth century.