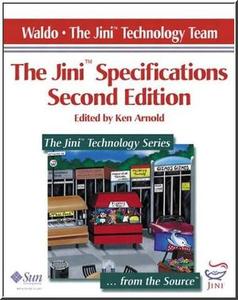 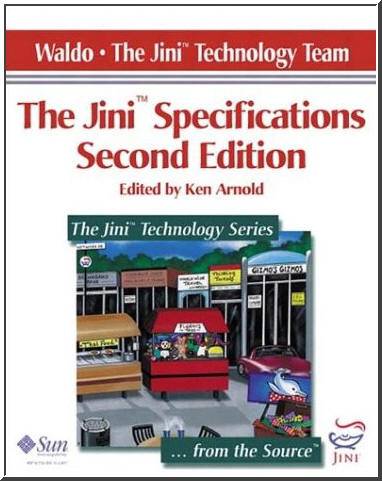 The Jini(TM) Specifications, Edited by Ken Arnold (2nd Edition) by Jim Waldo, The Jiniї Team
Publisher: Addison-Wesley Professional; 2nd edition (December 15, 2000) | ISBN-10: 0201726173 | PDF | 1,2 Mb | 688 pages
What does Sun's Jini technology mean for the future of distributed computing? To find out, take a look at The Jini Specification, a guide written for IS managers and Java developers alike.
The book starts with what Jini is and how it works. (In short, Jini allows Java clients to invoke remote services easily through Java.) The authors present a chat message server and explain the Jini architecture where clients look up and "lease" remote services.
The heart of this book is its coverage of classes in the Jini specification. First there's an overview of Jini illustrated with a printer service. Then it's a close look at how clients "discover" Jini services, either through multicast or unicast protocols. (The authors also present useful built-in utility classes here.)
Next comes material on storing entries for Jini services (used for identifying them across the network) and the classes used to "lease" remote services. An interesting section on remote events contrasts them with local JavaBean events. Then it's on to Jini transactions, including the two-phase commit process used to manage work done remotely.
Later the book turns to the new JavaSpaces classes, which permit sharing data between Java processes in order to facilitate parallelism. An intriguing appendix reprints a white paper in which the Sun team outlines its philosophy of distributed computing. (They argue that local and remote objects need to be handled differently: object location transparency is a myth.)
With a mix of technology briefing and nuts-and-bolts detail, The Jini Specification delivers a valuable perspective on the latest advance in Java distributed computing from Sun. –Richard Dragan