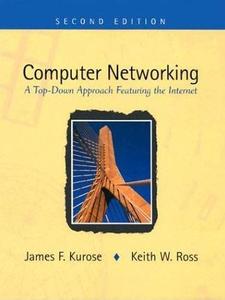 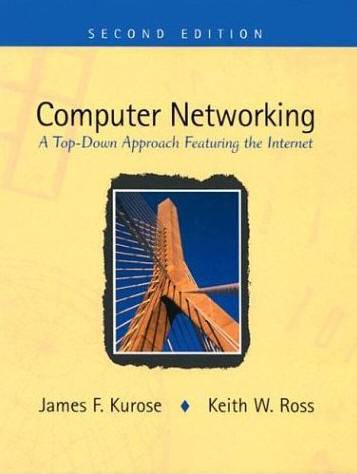 Computer Networking: A Top-Down Approach Featuring the Internet by James F. Kurose, Keith W. Ross, James Kurose, Keith Ross
Publisher: Addison Wesley; 2 edition (July 17, 2002) | ISBN-10: 0201976994 | PDF | 9,4 Mb | 784 pages
The most up-to-date introduction to the field of computer networking, this book's top-down approach starts at the application layer and works down the protocol stack. It also uses the Internet as the main example of networks. This all creates a book relevant to those interested in networking today. By starting at the application-layer and working down the protocol stack, this book provides a relevant introduction of important concepts. Based on the rationale that once a reader understands the applications of networks they can understand the network services needed to support these applications, this book takes a "top-down" approach that exposes readers first to a concrete application and then draws into some of the deeper issues surrounding networking. This book focuses on the Internet as opposed to addressing it as one of many computer network technologies, further motivating the study of the material. This book is designed for programmers who need to learn the fundamentals of computer networking. It also has extensive material making it of great interest to networking professionals.