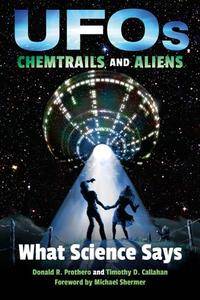 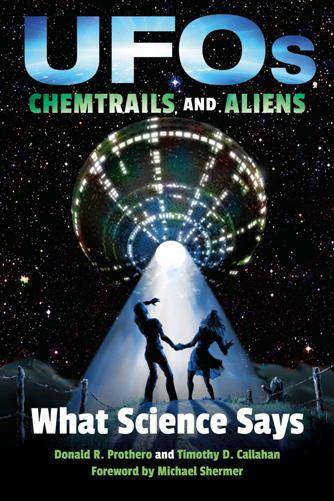 UFOs. Aliens. Strange crop circles. Giant figures scratched in the desert surface along the coast of Peru. The amazing alignment of the pyramids. Strange lines of clouds in the sky. The paranormal is alive and well in the American cultural landscape. In UFOs, Chemtrails, and Aliens, Donald R. Prothero and Tim Callahan explore why such demonstrably false beliefs thrive despite decades of education and scientific debunking. Employing the ground rules of science and the standards of scientific evidence, Prothero and Callahan discuss a wide range of topics including the reliability of eyewitness testimony, psychological research into why people want to believe in aliens and UFOs, and the role conspiratorial thinking plays in UFO culture. They examine a variety of UFO sightings and describe the standards of evidence used to determine whether UFOs are actual alien spacecraft. Finally, they consider our views of aliens and the strong cultural signals that provide the shapes and behaviors of these beings. While their approach is firmly based in science, Prothero and Callahan also share their personal experiences of Area 51, Roswell, and other legendary sites, creating a narrative that is sure to engross both skeptics and believers.

"With their book’s brisk pace and energetic writing, Prothero and Callahan offer entertainment as well as wisdom for everyone who’s ever wondered what’s behind so many conspiracy theories and paranormal phenomena." - Publishers Weekly (starred review)