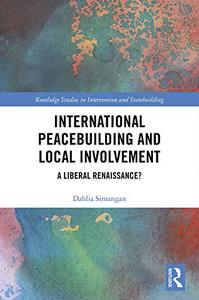 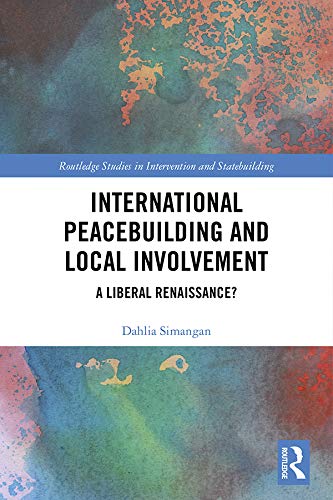 International Peacebuilding and Local Involvement: A Liberal Renaissance? (Routledge Studies in Intervention and Statebuilding) by Dahlia Simangan
2019 | ISBN: 0367024128, 036773186X | English | 204 pages | PDF | 2 MB
This book interrogates the common perception that liberal peace is in crisis and explores the question: can the local turn save liberal peacebuilding?

Presenting a case for a liberal renaissance in peacebuilding, the work interrogates the assumptions behind the popular perception that liberal peace is in crisis. It re-examines three of the cases igniting the debate – Cambodia, Kosovo, and Timor-Leste – and evaluates how these transitional administrations implemented their liberal mandates and how local involvement affected the conduct of their activities. In so doing, it reveals that these cases were neither liberal nor peacebuilding. It also demonstrates that while local involvement is imperative to peacebuilding, illiberal local involvement restores an elite-centred status quo and reinforces or creates new forms of conflict and violence. Using both liberal and critical lenses, the author ultimately argues that the conceptual and operational departure from the holistic and comprehensive origins of liberal peacebuilding in fact paved the way for the liberal peace crisis itself.

Drawing on analysis from in-depth field research and interviews, this book will be of much interest to students of peacebuilding, peacekeeping, statebuilding, security studies and International Relations in general.