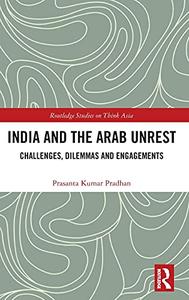 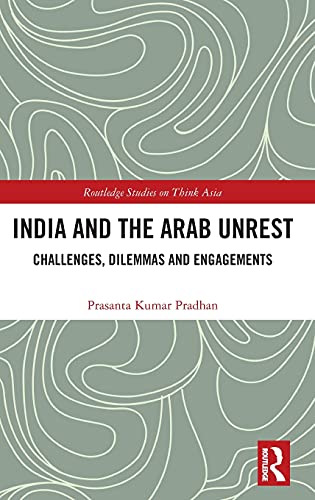 India and the Arab Unrest: Challenges, Dilemmas and Engagements (Routledge Studies on Think Asia) by Prasanta Kumar Pradhan
2021 | ISBN: 0367618508 | English | 200 pages | PDF | 3 MB
This book is a study of India’s political, diplomatic and security challenges caused by the changing geopolitical and security dynamics in the Middle East and North Africa (MENA) region.

Like many other countries, India has been deeply affected by the unrest in the Arab world. As India has several long-term economic, political and security stakes in the region, it has adopted extreme caution in its responses towards the developments in the MENA region since the beginning of the Arab unrest. This book examines India’s policy of non-intervention and opposition to military intervention in the internal and regional affairs of the MENA region. In response to the ongoing conflict, India has engaged with several regional organisations and multilateral forums to work together and find political solutions to the regional conflicts. The book also examines new developments, such as the rise of the Islamic State, and the new security challenges this has introduced. Despite the regional turbulences, the momentum of India’s engagements with the countries of the region has been maintained and India has been building mutually beneficial partnerships in diverse fields. In this context, the book examines the response, approach and the policies India has adopted to protect and promote its interests during the last ten years of unrest.

This book will be of interest to researchers, students and policy makers in the fields of international relations, India’s foreign policy, Asian studies, international studies, comparative studies and area studies of the Middle East and South Asia.