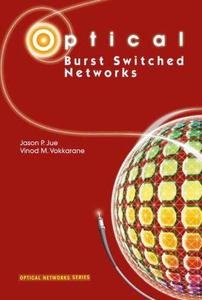 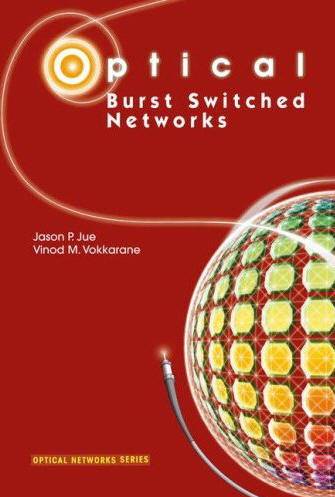 Optical Burst Switched Networks (Optical Networks) by Jason P. Jue, Vinod M. Vokkarane
Publisher: Springer; 1 edition (November 19, 2004) | ISBN-10: 0387237569 | PDF | 5,2 Mb | 147 pages
Next-generation high-speed Internet backbone networks will be required to support a broad range of emerging applications which may not only require significant bandwidth, but may also have strict quality of service (QoS) requirements. Furthermore, the traffic from such applications are expected to be highly bursty in nature. For such traffic, the allocation of static fixed-bandwidth circuits may lead to the over-provisioning of bandwidth resources in order to meet QoS requirements.
Optical burst switching (OBS) is a promising new technique which attempts to address the problem of efficiently allocating resources for bursty traffic. In OBS, incoming data is assembled into bursts at the edges of the network, and when the burst is ready to be sent, resources in the network are reserved only for the duration of the burst. The reservation of resources is typically made by an out-of-band one-way control message which precedes the burst by some offset time. By reserving resources only for the duration of the burst, a greater degree of utilization may be achieved in the network.
This book provides an overview of optical burst switching. Design and research issues involved in the development of OBS networks are discussed, and approaches to providing QoS in OBS networks are presented. Topics include:
- Optical burst switching node and network architectures
- Burst assembly
- Signaling protocols
- Contention resolution
- Burst scheduling
- Quality of service in OBS networks